Does Kellyanne Conway Even Know the Laws She's Breaking? | The Mary Sue

Does Kellyanne Conway Even Know the Laws She’s Breaking at This Point?

Is that better or worse than just not caring? 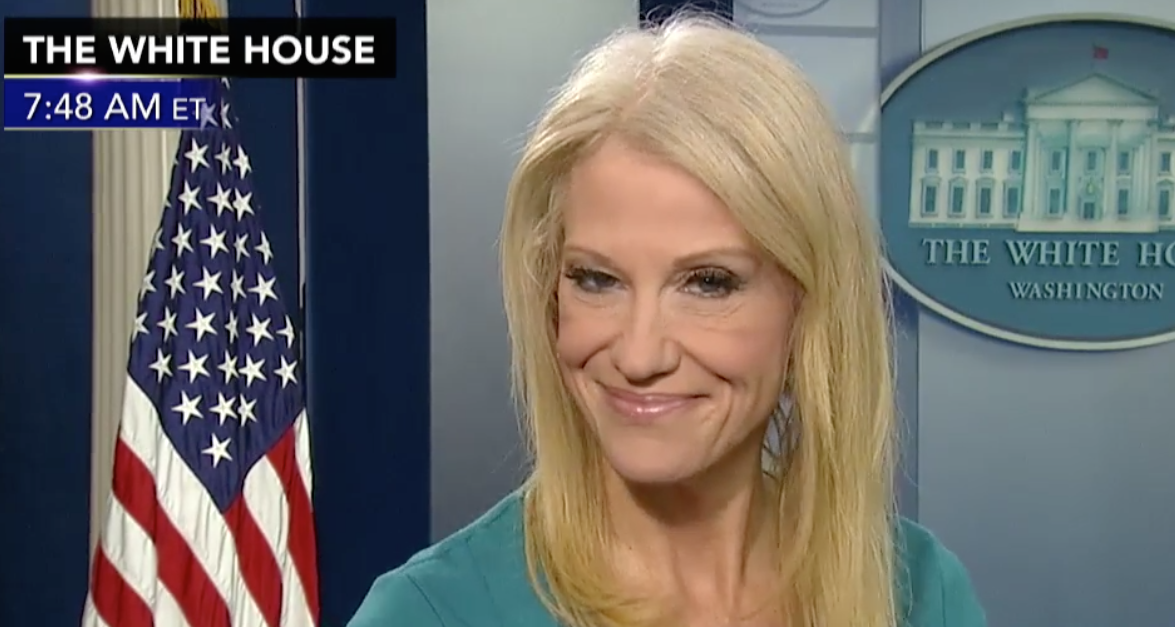 Yesterday, by tweeting from the POTUS Twitter account, Donald Trump made it the official White House position that Nordstrom = bad, Ivanka Trump = good. While that was bad enough (or “Nordstrom” enough, in NewTrumpSpeak), Kellyanne Conway decided to leave “ethical” in the dust and go for full-on illegal in her support of Ivanka.

Here’s what she had to say about the matter Thursday on Fox & Friends.

Yup, the Counselor to the President just advised Americans, “Go buy Ivanka’s stuff is what I would tell you. I hate shopping, I’m going to go get some myself today.” She then continued, “This is just a wonderful line. I own some of it. I fully … I’m going to give a free commercial here. Go buy it today, everybody. You can find it online.”

Not only is it weird and unethical (not to mention, ideally, completely unworthy of her time) for a high-profile representative of the White House to be giving a “free commercial” to the clothing line of the President’s daughter, it’s actively illegal. Conway is a federal employee. And as such, well, I’ll just let the actual law speak for itself. It’s not that complicated.

An employee shall not use his public office for his own private gain, for the endorsement of any product, service or enterprise, or for the private gain of friends, relatives, or persons with whom the employee is affiliated in a nongovernmental capacity…

In short: YOU’RE NOT ALLOWED TO SHILL IVANKA’S SHOES, KELLY.

To flout the law so cavalierly begs the question, “Does Conway even know she’s not allowed to do this?” Is she even aware of the law she’s breaking? I’m trying to decide if that would be better or worse than if she does know, but is choosing to actively think of herself as above it. Honestly, I keep coming up blank. Neither is necessarily better, but they do require different conversations. If Conway is choosing to ignore the restrictions of her position, that’s at least more straightforward. Law breaking seems easier to understand and criticize than proud ignorance.

During today press briefing, Sean Spicer only had this to say in response to a question about the ethical implications of Conway’s remarks:

That’s it. We have no idea if she’s been reprimanded (ha), or if anyone is looking into what other laws she potentially doesn’t know she has to follow. There is a total lack of transparency in this White House, and Americans are being denied the right to know the basic fundamental goings-on of these representatives of the people. This is why we have press briefings in the first place. So the press can ask a White House rep questions they feel the people should be aware of, to keep our government accountable for their actions.

The point of a White House press briefing is not this:

On top of all of this, why is Nordstrom’s relationship with Ivanka Trump’s clothing line (which Ivanka herself has technically stepped down from running, although it’s not clear if she’s still making money off of royalties from the brand because, again, transparency isn’t this family’s strong suit) taking up so much of this administration’s time and energy? If these stores (Nordstrom isn’t alone; T.J. Maxx and Marshall’s are also phasing out Trump’s lines) are making a political statement in dropping Ivanka Trump, I still can’t imagine many of us would find that issue worthy of being addressed by Trump’s by the President and his surrogates. (You know, ignoring the whole ethics and legality things, even.)

But according to Nordstrom, this wasn’t political. They say Ivanka’s brand has been underperforming for a year, and that she was told they’d be discontinuing her line back in early January. Also, there may be other issues.

.@realDonaldTrump Nordstrom dropped your daughter Ivanka because she repeatedly steals from other designers and is a huge liability pic.twitter.com/oC64kLhCCO

So not only would most of us prefer to see Conway and Trump and Spicer be forced to discuss real issues (like, say, how an unqualified opponent of public schools is our Education Secretary and a longtime racist is America’s lawyer), but when they do dip into these nepotistic areas, it’s all the more terrifying because no one seems to have even skimmed their job’s description.