Some things should just not be fed to dogs. 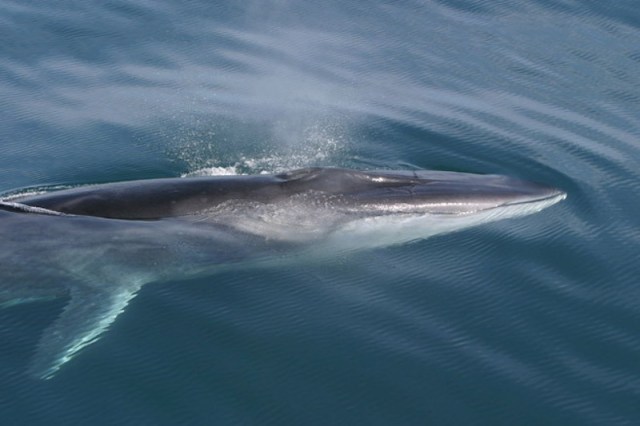 Japan, we need to have a talk about your luxury dog snack market, because “endangered fin whale” is not an acceptable ingredient for dog treats. That’s what one Japanese specialty pet food company has been selling, though, and they’re now taking flack over the idea because for the love of all that is good, what kind of money-hungry deviant would do something like that? And Iceland, don’t think you’re off the hook for saying nuts to the international community and preparing to kill nearly 200 fin whales this year, many of which will be butchered and exported to become important items like “dog treats for the rich and monstrous.” Not cool, you guys.

Tokyo-based Michinoku Farms has begun removing the product from store shelves — it’s already been removed from Japanese retailer Rakuten’s website — though Michinoku Farms president Takuma Konno doesn’t seem to see what the big deal is about. Considering his company also processes animals like horses, kangaroos, and ostriches into treats for your faithful canine, though, it’s perhaps understandable that Konno doesn’t quite get why “whale” should be off the table as an ingredient, saying in part, “Campaigners look at whales as important animals, but we consider dogs to be just as important.”

Wait…wait. If dogs are as important as whales, and whales make good snack treats for dogs, does that mean we can expect Michinoku Farms to release a brand of dog treat made with real dog in the near future?

Either way, don’t be a jerk, Takuma Konno. Creating a market for the flesh of an endangered species doesn’t make you a hero to dog owners, because dogs don’t care what food tastes like. They blew their gourmet credibility as a species when they decided to regularly eat their own vomit. Selling dog treats made of endangered animal just makes you a person who found a way to make a buck selling an abhorrent product to people with more money than decency. So, congratulations on that.