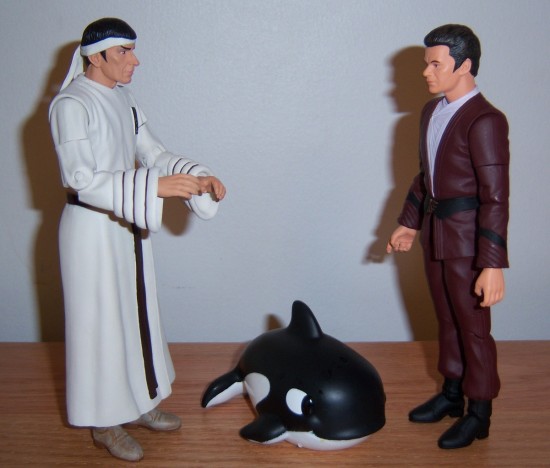 After years of recording whale songs and sorting through 745 songs of six different whale populations, scientists have discovered that whale songs follow musical trends. Within humpback whale populations, the popular tune amongst a group changed over a couple of months. Woods Hole Oceanographic Institution marine biologist Peter Tyack believes this quick change in whale popular culture indicates “a complicated and intelligent social process.” Tyack believes that if the songs were just novelty, that each whale would sing their own unique song, but since the songs change and spread throughout the community–though some remain popular and a mainstay for a period of time–that whales have “a sense of aesthetic judgment,” which may mean that whale songs serve different functions than mating calls and basic communication. You know, to communicate with aliens in the future.