Killer Whales Cared for by Mom Well Into 30s; Research Into Their Comic Book Collections Ongoing 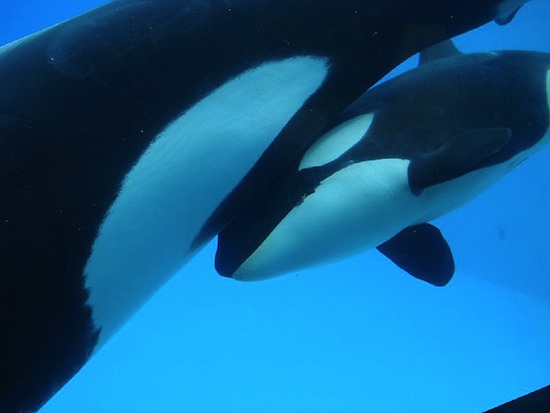 Despite their (largely deserved) reputation as merciless hunters and place as one of the apex predators in the world, male orcas, or killer whales, live with and depend on their mothers well into adulthood. A study published this week in the journal Science suggests that this dependence may be the reason behind the surprisingly long menopause experienced by most female orcas. Female killer whales are known to live into their 90s, but are usually done having children in their 30s. It appears the impetus behind that is to get the breeding out of the way early, so they can spend the rest of their lives caring for their sons, whose dads, occasional girlfriends, and bosses at the call center perpetually just don’t get them.

The study looked at more than three decades of data about tracked orcas, and found that males over thirty are 14 times more likely to die if their mother has already died. Like human males over the age of 30 who still live with their mothers, this sad end is usually met because, without assistance from mom, the whales are unable to care for themselves. Not being able to hunt and kill a sea lion on your own is, honestly, kind of understandable, and certainly more dignified than wasting away because you’re incapable of finding and warming a Hot Pocket. That said, considering sea lions are kind of the Hot Pocket of the killer whale diet, it’s maybe not much more dignified?

Oddly enough, female orcas, who also spend their whole lives by their mother’s side did not die at higher rates following the death of the pod’s matriarch, implying that male orcas are getting significantly more help from their mothers than their sisters can expect. This is a phenomenon we dearly, dearly hope will be heretofore known as the Motherboy Effect.

Are you listening, researchers? We know it’s a lot to ask, but please, please, please degrade your noble work in marine biology just this much. The world will owe you a debt that can never be repaid.

Before we go, it might seem that we come off as cruel to grown men still living in their mother’s basements here. While that was kind of the joke, we acknowledge it’s a thin one, and thus leave you with this touching ode to the sons and mothers who raise them, and keep raising them even once the adulthood boat has well and truly sailed.