Forever 21 Store in Florida Robbed by a Werewolf

Confessions of a shopaholic: I devour vagrants by the railroad tracks when the moon is full. No one can know. 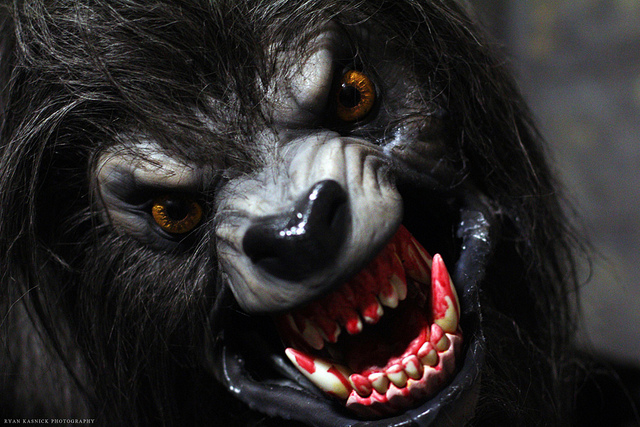 Late last Saturday, a Forever 21 in Orlando was robbed by a werewolf (or possibly a regular human wearing a mask). Luckily for the inherent comedic possibilities of this story, no customers, employees, or backless sundresses were harmed.

Click Orlando reports that the lycanthrope entered the Forever 21, pushed the store manager, and requested that “big bills only” be put in a bag. The werewolf was also reportedly carrying a gun, but chill out, big guy: being half man and half beast is sufficiently intimidating.

If popular culture is any indication, an overwhelming percentage of Forever 21’s target demographic must in fact have a secret wolf form that overpowers them at night. Teen Wolf  (both the Michael J. Fox classic and that one show with all the lacrosse), the Thriller music video, Twilight—it’s clear that an overwhelming contingent of werewolves are “turned” in their teens, and these young wolf-hybrids shouldn’t have to sacrifice affordable fashion just because they devour the village’s children like so many Bagel Bites.

Obviously, ballooning uncontrollably into beast form once a month wreaks havoc on your wardrobe—just ask permanently disheveled Remus Lupin. Every teen, wolf or no, should be able to clothe their temporary human form in gladiator sandals and paisley-print sundresses (I’m aware that teen wolves are traditionally male, but noted werewolf expert Shakira says otherwise). And, if teen wolves don’t have money left over from their spooky, scary Bar or Bat Mitzvah, it can obviously be difficult to afford the kind of wardrobe they were accustomed to in their human life.

So all in all, if this was indeed a teenage man-wolf hybrid and not just a criminal who couldn’t find his Reagan mask, my heart goes out to him or her. Thankfully, the perp made off with his loot and resisted the man-meat munchies. Start stocking up on Silver Bullets, H & M: you’re probably next.