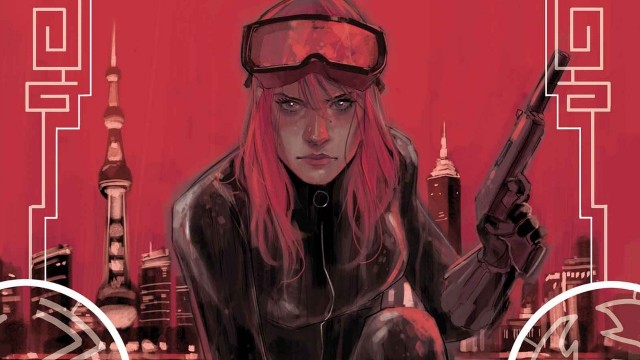 This weekend, a bunch of geeky women, frustrated by the erasure of Black Widow from Age of Ultron merchandise and the hemming and hawing surrounding a Black Widow film, took to the streets in seventeen cities all over the world in a Black Widow Flash Mob designed to raise awareness about the fact that there’s a large demand for female characters like Black Widow in the sci-fi/fantasy/genre community. Check out some of the awesome Widows who gathered to make their voices heard in the photos below!

Black Widows in New York gathered as they were attending Special Edition: NYC: 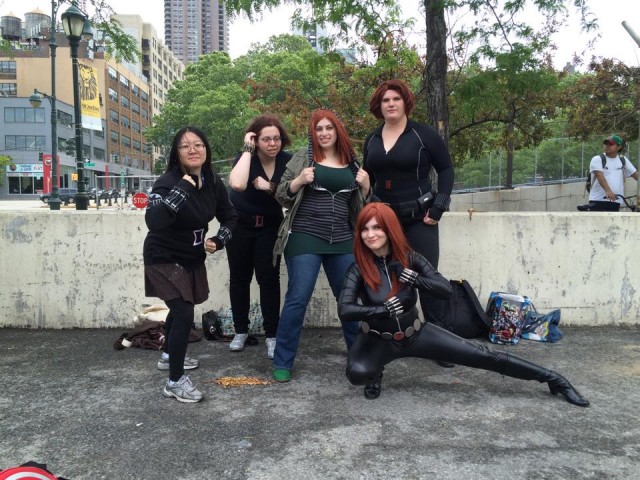 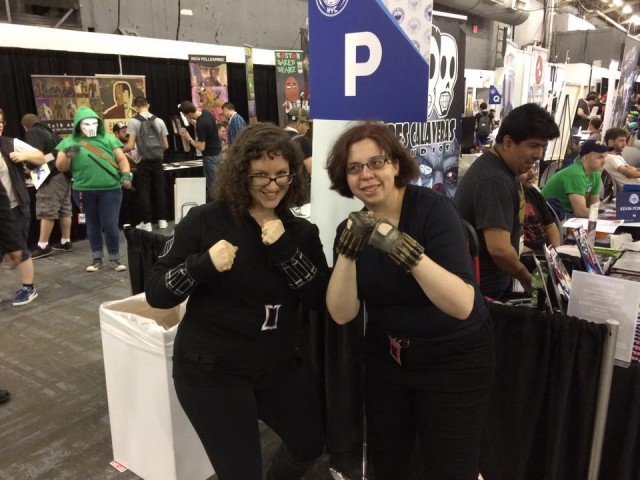 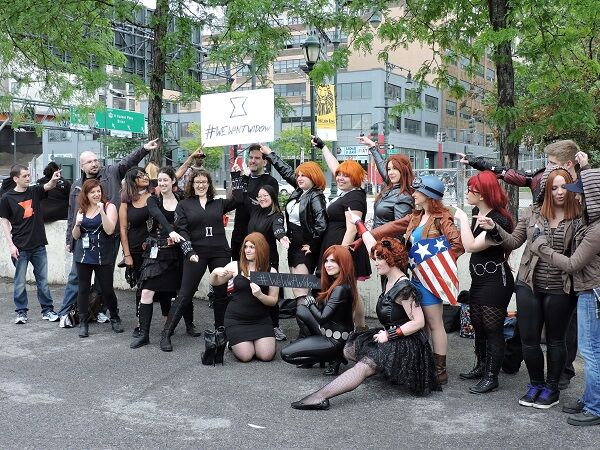 Seattle Black Widows got a little artsy with their photos: 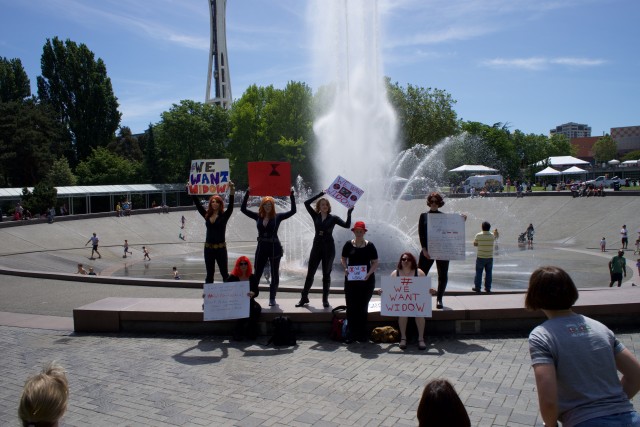 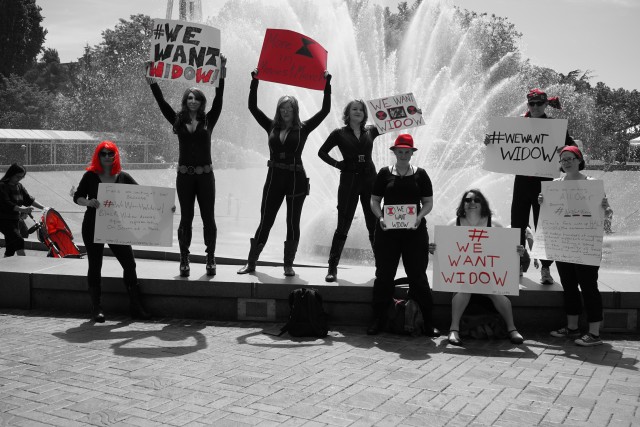 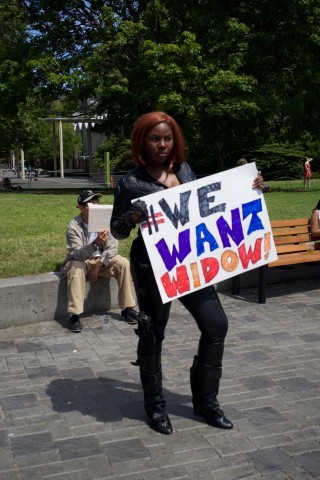 Check out who this Orlando cosplayer bumped into! Her Universe’s Ashley Eckstein! They both want Widow: 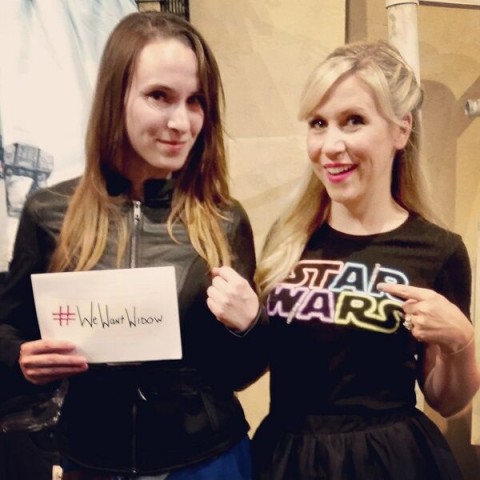 Ottawa captured the playful spirit of #WeWantWidow, acting out action sequences, and posing for selfies with friends! 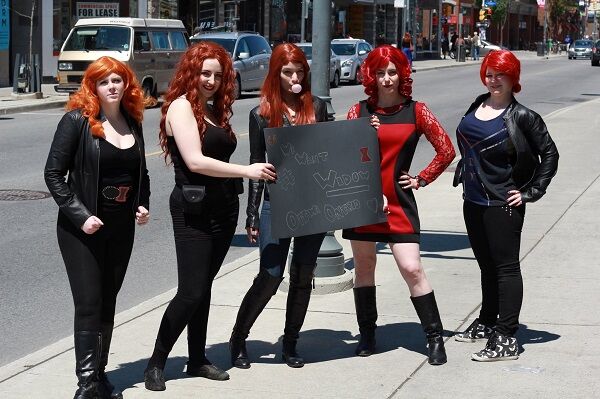 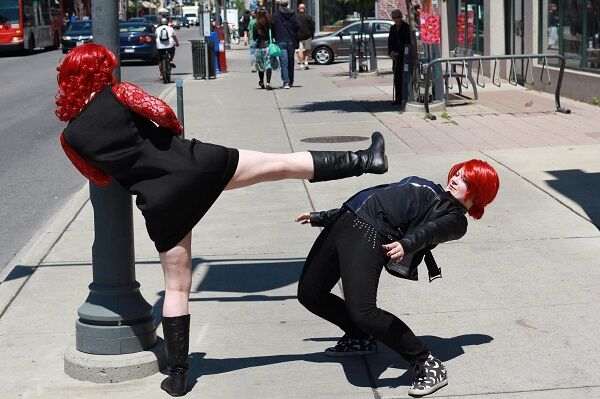 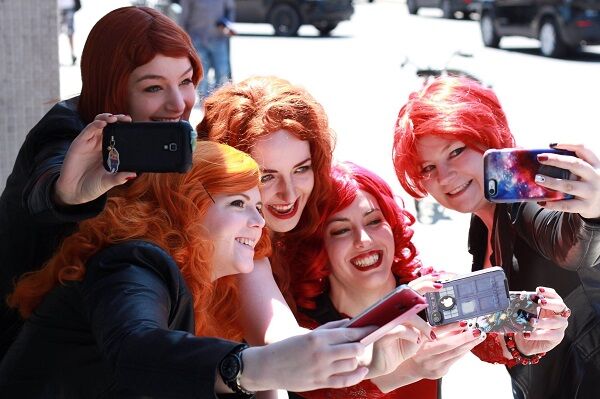 Philadelphia showed us that cosplayers of color want Widow, too! 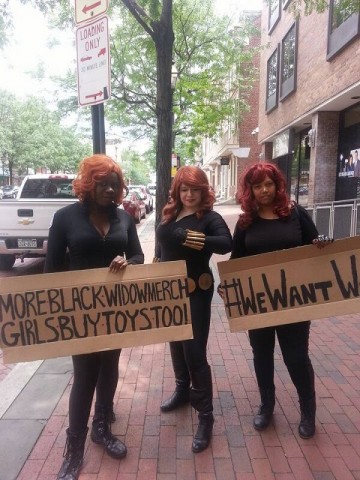 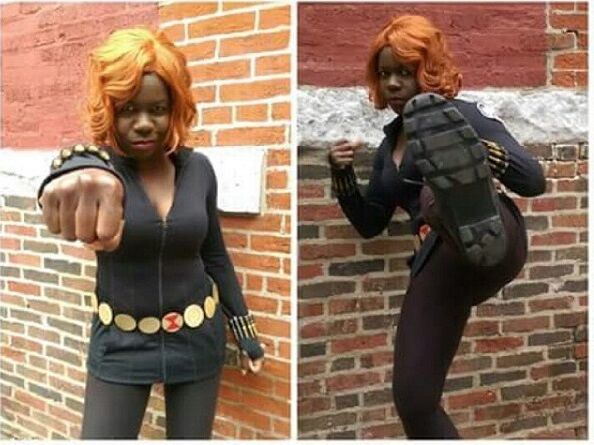 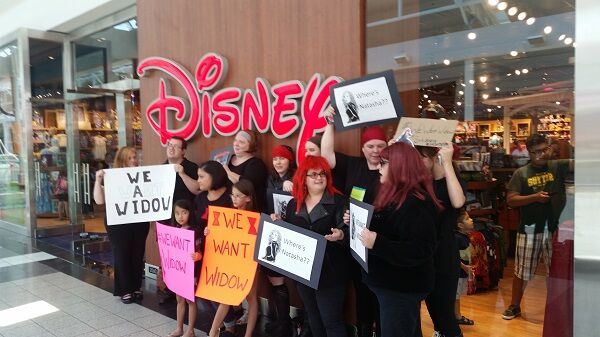 For more pics from this amazing event, check out the gallery over at Fashionably Geek, where event organizer, Kristin Rielly, includes in-depth coverage, photos from more cities, as well as some great fan art from the folks who participated online! Congratulations to everyone who participated in the Black Widow Flash Mob! #WeWantWidow!