IBM Wants Folks Developing Software for Watson Supercomputer So It Can Do More Than Win Jeopardy! 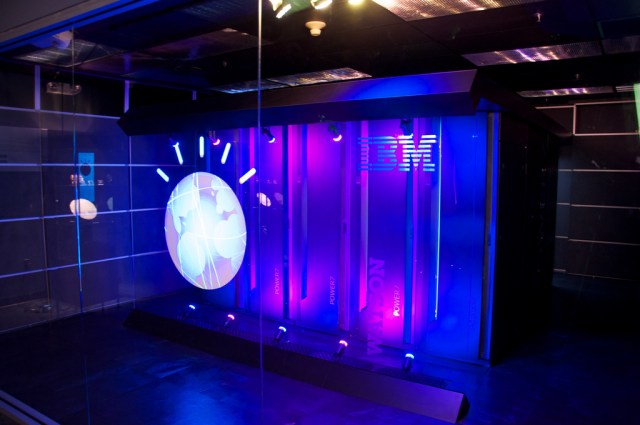 Sure, the Watson Supercomputer is pretty great at Jeopardy!, but IBM thinks it’s time to branch out. They’re going to be giving software developers access to Watson with a goal to “launch an ecosystem where Watson is a service and you build applications around it,” said CEO Ginni Rometty. Could Watson soon challenge — and probably dominate — Siri?

What makes Watson so good at answering questions on Jeopardy! is that it was designed to have an unprecedented level of understanding of conversational language paired with the ability to quickly search for relevant data. As we start to rely on things like Siri, Google Now, and other voice-recognition systems, that type of computing can have a real advantage. Hopefully they’ll make it work so you don’t have to put your queries to Watson in the form of a Jeopardy! answer, but I think we can live with that if we have to.

IBM has already worked with doctors to have Watson help in cancer diagnosis, but opening it up to the software development community in general can have interesting results. Watson’s strengths lend themselves very well for search-based applications, but we’re expecting a wide range of software.

It’s not clear how widely IBM will be making Watson available, or when it will occur, but we’ll be keeping an eye on it. What would you like to see Watson work on next?