IBM Scientist Once Taught Watson Supercomputer Urban Dictionary, Made the Best Mistake of His Life 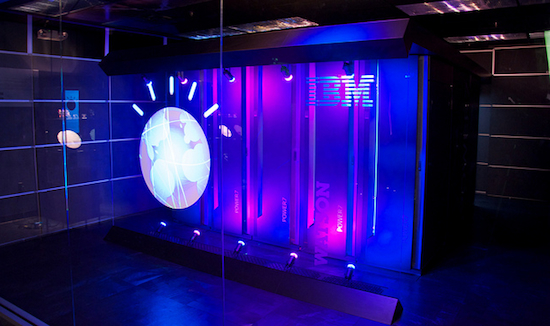 Parrots and supercomputers are pretty similar despite one being a living organism and the other an artificial intelligence destined to subjugate the human race, especially when it comes to teaching them new things that they’ll retain and repeat back verbatim. The Watson supercomputer, hailed at one point as perhaps the most sophisticated and intelligent piece of hardware known to man, more than proved this unlikely correlation when IBM scientist Eric Brown decided back in 2010 that what Watson needed more than anything was the kind of youthful street savvy that only the Urban Dictionary can deliver. If you’ve ever glanced through the pages of this compendium of modern slang, then you don’t need to be a genius to figure out that Brown’s good intentions didn’t go over as well as he had expected.

In a similar fashion to a small child with a rampant case of potty mouth, the Watson supercomputer really didn’t have a firm understanding of the unsavory slang and other diatribes pouring out of it like a babbling brook of verbal diarrhea, but that isn’t to say its foul-mouthed interjections didn’t cause a bit of a stir among those in the technological community. There was even one instance when Watson responded to a researcher’s question with a curt “bulls**t.” We’re not saying this response wasn’t warranted, but there are other ways one can articulate their words when finding fault in others’ reasoning.

Perhaps growing weary of all the negative comments about Watson’s behavior and parenting skills, Brown and his team removed all traces of Urban Dictionary’s influence on the supercomputer, no doubt with plenty of foul verbal protest from Watson. Since then, its been programmed with a filter to ensure that Watson won’t be slinging insults in the future, or commanding legions of robotic foot soldiers that delight in making obscene gestures before annihilating their human targets.

(Fortune via Geek.com, image via jntolva)