Curiosity Has Found Water Bound Up in the Soil of Mars

We want to go to Mars and give Curiosity a high five. 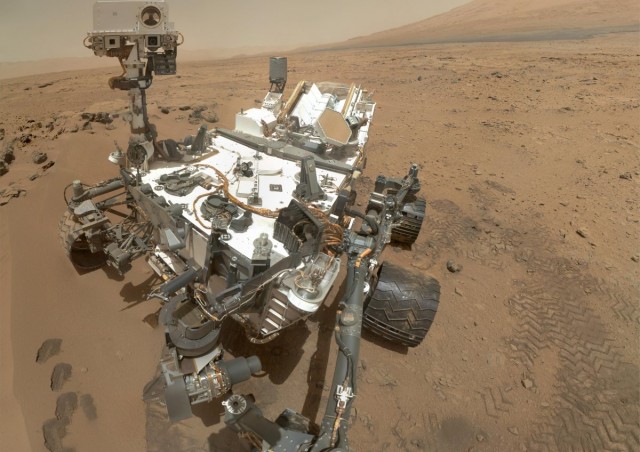 The Curiosity rover has found water on Mars, or rather in Mars. The rover analyzed a soil sample and found it to be made up of about two percent water. It’s not exactly an ocean, but it’s significant. Curiosity was sent to Mars to find out if the planet could have once supported life, and water is a big component in that.

The Sample Analysis at Mars (SAM) instrument on board the Curiosity analyzed the sample, and besides the water in the soil found that when heated it released significant levels of carbon dioxide, oxygen, and sulfur compounds. SAM is capable of detecting organic compounds as well, and although organic material was found during the analysis of the Martian soil, it could not be confirmed that they are of Martian origin. It’s more likely they had been formed during the experiment itself.

These findings were published in the journal Science today.

On Earth we tend to find life wherever we have liquid water, so finding water has been a major factor in the search for extraterrestrial life. It’s not a guarantee that Mars could have ever supported life, but it’s certainly promising news for the ongoing search.

Nice work, Curiosity and everyone at NASA responsible for putting a robot on Mars.