Women Are the Most Vocal Walking Dead Fans | The Mary Sue 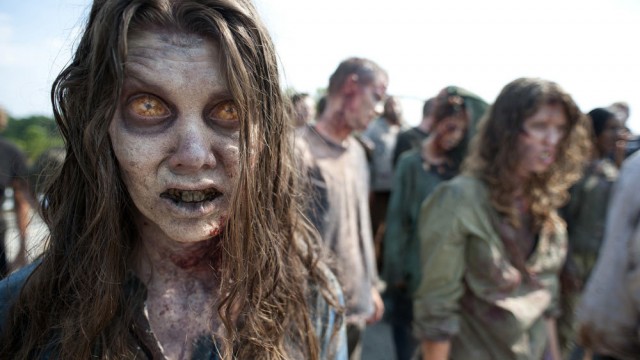 The Internet is a vast and wondrous place—and one where, not surprisingly, discourse is often dominated by men. But according to new Facebook statistics, women consistently generate the most “buzz” online for popular shows, even those for which they might not be considered the traditional target demographic.

According to The Hollywood Reporter, an impressive 14% of Facebook chatter last week was Walking Dead-related (probably due in part to some major developments during the show’s mid-season finale), with the majority of those comments coming from women. Facebook reports that, on average, 60% of Waking Dead buzz comes from female users. And TWD isn’t the only show to receive an online boost from female fans; Sons of Anarchy comments from women outnumber male comments more than two-to-one, while nearly two-thirds of the conversations about American Horror Story are generated by women.

In fact, the only show from the top ten most-talked-about-online roster for which men comment more often than women is Game of Thrones, with half of all online discussion coming from men. I’m not saying that the Game of Thrones gender divide could be closed by following Natalie Dormer’s suggestion to add more male nudity, but hey, can’t hurt to try, right?