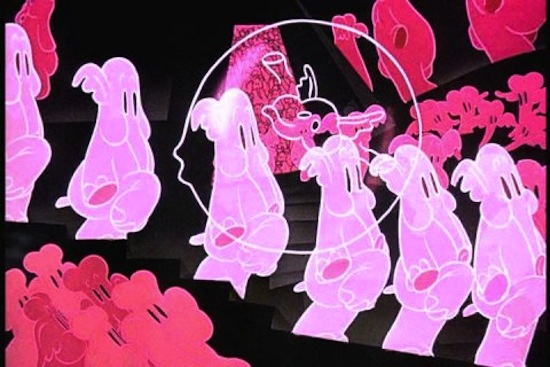 If you’re travelling through Siberia in the depths of winter and your transportation breaks down, you pretty much have two options. 1)Freeze to death rather quickly. 2)Break out the vodka, start pounding shots like a frat pledge, and probably still freeze to death, but more slowly and with a better attitude about it. You can consider that second method now officially endorsed by elephants after a trailer carrying a pair of pachyderms broke down in the bitter cold of the Novosibirsk region of Siberia, forcing their handlers to feed them cases of warm water mixed with vodka to keep them warm. The tricked  worked, and the elephants are fully recovered from their chilling ordeal, if probably a little hungover.

The elephants were traveling the region with the Polish circus who owns them when the trailer they were being transported in caught fire. Without a convenient shelter nearby and with temperatures utterly frigid and dropping, the animals handlers did the best thing they could think of: they filled the elephants with vodka in a mostly successful effort to keep them warm. Despite a touch of frostbite, the elephants were mostly unscathed during their bruch with inclement weather, with the vodka and water mixture keeping them toasty until they could be transported to a heated garage with the help of local police. The vodka may have also been responsible for the beasts high spirits, as noted by one Russian official who described the elephants to news agencies:

They started roaring like if they were in the jungle! Perhaps, they were happy.

Which makes sense, really — after all, it takes a lot less than a case of vodka to get this reporter happily roaring like he’s in the jungle.  On a personal note, we would like to say that while we’re delighted this worked, we have to wonder one thing: When your best option in a situation is “fill the elephants with vodka,” just how hard are you thinking about the choices you’ve made with your life leading up to that moment? Because we have to imagine it’s somewhere around  “pretty damned hard.”