Viewer Completely Misses the Point of RiffTrax, Wants Me to Fire Them, Because That’s Totally How TV Works 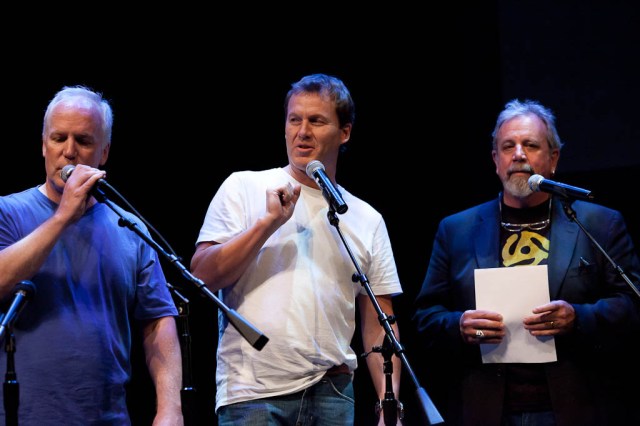 So, we’ve had a lot of RiffTrax coverage lately—as in, seriously, a lot—and it seems I’ve led some of the Internet’s more impressionable denizens to believe I am in charge of them. After last night’s hilarious Total Riff Off, I got a complaint from a viewer who wished they’d just shut up and enjoy demon bats in silence.

Here’s the email I got at 11:16PM last night, which was 16 minutes after the last episode of Total Riff Off ended. Clearly, they thought very long and hard before crowning me King of Television and asking me to fire RiffTrax, because he‘s annoying. Yeah, you know, that guy who’s named RiffTrax. I mean, he just won’t shut up.

Subject: Total RIFFOFF Demon Bat
Loved the show!
But the Guy who runs his mouth through the entire program Is’
going to kill it for me!
For that idiot alone
Riff off is a Turn off
Get RlD of Him then I’ll reconsider .

Seriously, Mr. Trax—do you mind if I call you Riff? I mean, we’ve been working together for a long time, being that I am the King of Television. We should be on a first name basis. Riff, what’s the deal with all those snarky remarks you made during the Demon Bat documentary last night? Don’t you know it’s bad manners to talk during a show?

And what were those three different voices you kept doing all about? It was like you were having some kind of psychotic episode. Were you just that terrified of the very real and present danger in Demon Bat?

As King of Television, I’m going to have to let you go. I know this comes as a blow, especially since you are clearly in need of some psychiatric help for your identity disorder, but I’ve made up my mind. It’s just what we have to do.

(It should be noted that I am not actually the King of Television, and if I were, I’d hire RiffTrax for every show on TV. If you missed Total Riff Off but didn’t miss the point of it altogether, you can catch it in reruns or on the RiffTrax site in the near future.)

I’m sorry, dedicated reader, but your orders to fire RiffTrax fly directly in the face of Senior Editor Glen Tickle’s instructions to me, which were, “Become best friends with them.” I hope you understand.