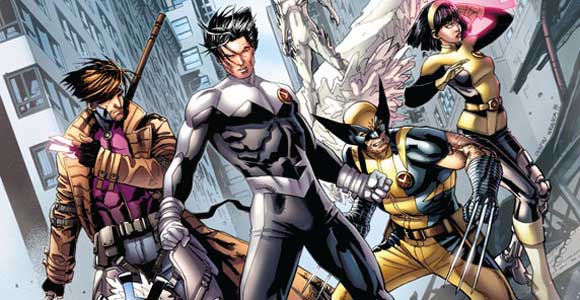 Marvel Comics has decided to take their characters in a new direction, one that hasn’t been explored in their pages before. Today, the publisher announced that their character Northstar would be proposing to his long-time boyfriend Kyle in the pages of Astonishing X-Men #50. And ABC’s The View had the exclusive. Hit the jump to watch video of the big reveal!

Behar’s lame attempt at a joke aside, I wish the ladies had gotten more time to talk about this momentous move. Northstar, aka Jean-Paul Beaubier, was the first Marvel character to be revealed as gay but not the first in comics altogether. The first is most often credited to Extrano from DC Comics back in the 80s. Coincidentally enough, DC is planning to reveal one of their previously existing male, iconic characters as gay in a story this June. You may also remember Archie Comics getting the jump on this particular issue with the marriage of their gay character Kevin Keller to his significant other last year.

In a press release Axel Alonso, Marvel Editor in Chief, said, “The Marvel Universe has always reflected the world outside your window, so we strive to make sure our characters, relationships and stories are grounded in that reality. We’ve been working on this story for over a year to ensure Northstar and Kyle’s wedding reflects Marvel’s ‘world outside your window’ tradition.”

Marjorie Liu is writing the story which officially hits stores tomorrow but that you might be able to find a few comic shops selling early today. Then, in issue #51, the wedding is supposed to take place. But seeing as how this is comics, and the X-Men, you just know there’s going to be a few bumps in the road. “The story of Northstar and Kyle is universal, and at the core of everything I write: a powerful love between two people who have to fight for it against all odds,” said Liu. “This is the quintessential Marvel story, one that blends the modern world with the fantasy of super heroes in order to tell an exciting story that begins with a wedding—and continues in ways you can’t imagine.” 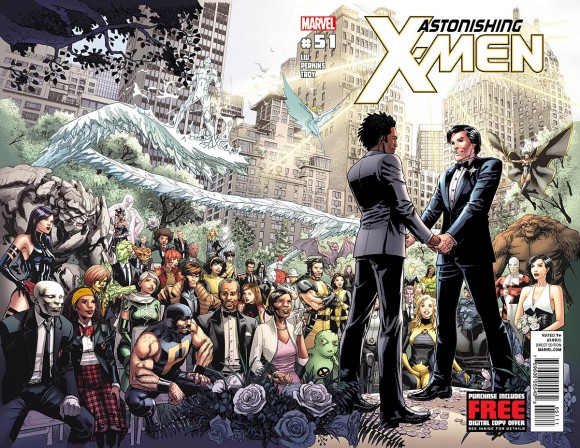 The press release says, “On June 20th, don’t miss the wedding of Northstar and Kyle in the pages of Astonishing X-Men #51! This unforgettable issue features covers by Dustin Weaver and Marko Djurdjevic, along with a special “Create Your Own Wedding” blank variant cover! Select comic book retailers nationwide will host wedding parties at their stores to celebrate this joyous occasion, with special items exclusively available at participating stores!”

So what are your thoughts on the news? I think the bigger story here is that this was announced on The View. I’m constantly saying the publishers need to reach outside their demographic to reach new readers and this was a huge step in that direction.