Life With Archie #16 Will Feature the Wedding of Kevin Keller! 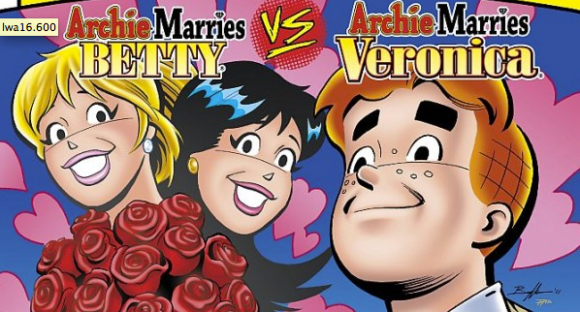 Well, Archie Comics, you’ve done it again! After seeing such great success with Kevin Keller, their first openly gay character with his own title, AC has announced that not only will Kevin get to actually have a relationship, but he’ll be getting married! The wedding will take place in Life With Archie #16, which will also feature some marital trouble between Archie and Veronica. (We’re pretty sure Kevin has nothing to do with that.) 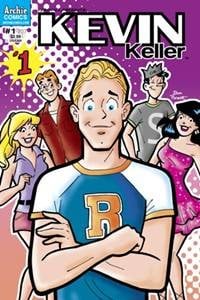 Well, this is just heartwarming. First, AC introduces Kevin Keller, their first openly gay character. Then, we find out more about him, like that he’s a military kid who wants to join the military like his dad, so they have an actual discussion of DADT as Kevin comes out to his father which ends in Kevin having his father’s full support. And now, Kevin Keller is being shown as part of a fully functional, loving relationship that results in the ultimate commitment: marriage. And they’re not going to just brush it aside and just give it a “fair mention.” They’re going to have a wedding! And according to Bleeding Cool, “everyone turns up to the ceremony… just as Archie is separating from his wife, Veronica.”

Okay, now since we live in this world, a certain kind of person (or group of people) will probably raise a stink about this, maybe even say that this is an attack on straight marriage, what with the gay couple getting married and the straight couple separating. (You don’t believe me? Need I remind you about the hooplah over a black Spider-Man?)

But you know what? We’ll leave the outrage to someone else. Because not only can we be excited about Archie Comics taking great strides for pride and tolerance, but today finally — finally — saw the release of DC’s first lesbian character to get her own title, Batwoman! Batwoman #1 hit stands today, after several delays.