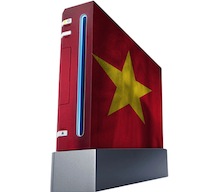 South Korea’s proposed Internet curfew for youths from midnight to 6am seems positively namby-pamby compared to this actual measure being implemented by the Vietnamese government: Since the government thinks that people are wasting too much time playing online games, it is implementing a ban on online gaming from 10pm to 8am.

And this isn’t just a polite suggestion to the citizenry; rather, the government is asking ISPs to block online game access, effective March 3rd. Such blocks can in theory be evaded by using proxies: However, proxifying some popular games like World of Warcraft is rather tricky.

Internet management should be improved in a way that both meets the demand for information and ensures internet security while not affecting the lifestyle and customs of young people, said Thang.

Some on-line game service providers like VTC Intercom and Asiasoft said that the (internet access block) measure reduced entertainment access to adults who have paid a lot for internet access. They also said it created difficulties for the maintenance of on-line games.

Good idea for weaning a game-addled young population, or government paternalism at its worst?