AKA, an actual depression quest. 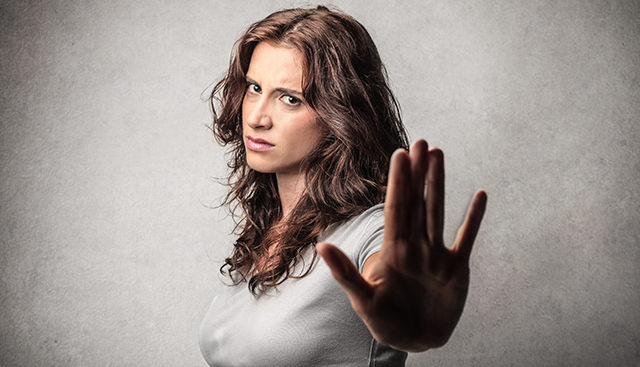 This month has been terrible in every conceiveable sense of the word, in some part due to the rapidly escalating harassment of prominent feminists in gaming. Every time you think it’s at its peak and things might start to cool down, jerks on the Internet ensure that it all ramps right back up again, to the point where we weren’t sure how to cover the story because we didn’t even know where to start. In case you haven’t been following, here’s what’s been going on.

[Editor’s Note: We’ve been informed that what we posted about Adam Baldwin may not be correct. We’ve edited the piece to reflect that and are further looking into the issue.]

Sadly the two women stuck in the eye of the storm, Zoë Quinn and Anita Sarkeesian, are not strangers to online harassment. When Quinn’s choose-you-own-adventure-style game Depression Quest was greenlit on Steam in February 2013, she received a ton of backlash for it (which she was also accused of faking, of course), to the point where she had to change her phone number. Similarly, Sarkeesian’s Kickstarter campaign to fund a series of videos about the how over-dependence on certain tropes damage depictions of women was met with so much abuse that she was forced to leave her home.

All the hate boiled back up about two weeks ago when Quinn’s ex-boyfriend, Eron Gjoni, wrote a series of blog posts claiming that she’d engaged in a series of affairs over the course of their relationship. One of those people happened to be a Kotaku reporter, Nathan Grayson, who’d mentioned Quinn in some coverage for the site. Many detractors took this to be a proof positive that she’d slept with him in order to get positive press for Depression Quest, but there’s no evidence to suggest that any such journalistic conspiracy took place. Grayson never wrote a review for Depression Quest, and Gjoni later amended his statements to reflect that none of Grayson’s coverage of Quinn coincided with any sexual relationship he might have had with her. Still, the resulting backlash was so strong that both Kotaku and Polygon changed their policies to disallow reporters from giving money to independent developers through Patreon and similar crowdfunding systems without full disclosure.

Of course, what Kotaku and Polygon felt is just a drop in the bucket compared to what Quinn’s been going through. In addition to a near-constant stream of death and rape threats, Quinn has also been accused (along with Sarkeesian) of sabotaging a crowdfunding campaign for a female-centric game jam hosted by The Fine Young Capitalists because of… reasons. Parts of 4chan and Reddit have retaliated by donating money to the group and designing a female video game playing character to use in a future TFYC game. Yet another part of the Internet decided that rather than trying to spite Quinn by being better feminists or whatever, what they really wanted to do was spread naked pictures of her and her home address, so that anyone could just show up and harass her. Still others flooded her Steam page with negative reviews, and some have apparently even hacked into her Skype account as a way of targeting other game developers and writers in her network. Great.

But yeah. If you find your skype compromised get at me, I’m getting (unfortunately) experienced with helping shut that shit down

Meanwhile, let’s go back to Anita Sarkeesian for a second—she’ s also been receiving abuse over her latest Women vs. Tropes in Video Games episode, which committed the horrible crime of suggesting that hey maybe we don’t have to kill nameless sex workers every time we want to demonstrate how edgy and dark the game world is? Two critics of her work began a Patreon-funded counterproject which, despite their insistence that their objections have nothing to do with Anita specifically and will primarily focus on how “social justice” has ruined gaming forever, is being called the “The Sarkeesian Effect.” Sarkeesian was also recently literally driven out of her home again due to the threats made against her and her family. She shared just one example on Twitter (note: trigger warning for rape and violence).

I’m safe. Authorities have been notified. Staying with friends tonight. I’m not giving up. But this harassment of women in tech must stop! — Feminist Frequency (@femfreq) August 27, 2014

The abuse hasn’t only been going to these two women, naturally—it’s also spread to those in the gaming community who publicly support them online, or those who point out the misogyny inherent in the particular kinds of abuse they’re getting. As Badass Digest notes, Phil Fish also fled from Twitter yet again after coming to Quinn’s aid and ending up doxxed with his website hacked; Double Fine owner Tim Schafer was also put on an anti-SJW list for linking to Anita Sarkeesian’s video (if you’re looking for new gaming personalities to support, by the way, you can’t go wrong with that list).

But things came to particularly ugly head last night when Firefly alum Adam Baldwin found videos about Quinn. He chose to post them online for his 186,000 Twitter followers, giving Quinn’s harassers much more visibility and possibly further endangering Quinn and her family in the process.

[Update: The video itself did not directly link to the doxxing as we initially reported, but can be found very easily in the comments on the video. Baldwin may not have read through all the YouTube comments before tweeting out the video, but by doing so he helped circulate that information out to a wider audience.]

Cool. @AdamBaldwin is promoting videos that help circulate my doxx and nude photos and contribute to me being unable to fucking GO HOME. — Zoë ʻGRANOSʼ Quinn (@TheQuinnspiracy) August 28, 2014

For the record, it’s worth pointing out that while Firefly creator Joss Whedon has tweeted in support of Anita Sarkeesian, he hasn’t spoken out against his former employee’s actions regarding Quinn [Editor’s Note: Baldwin has since cc’ed Whedon in some of his tweets on this topic.]. But others online have called Baldwin out for the irresponsible way in which he chose to comment on the issue. As one Twitter commenter noted, “You can’t flippantly punch down at someone when you have reach in the thousands. ESPECIALLY not someone already getting serious threats!”

But Baldwin’s transgression speaks to the larger problems at play here; regardless of what either Quinn or Sarkeesian could have possibly done, the level of vitriol being spewed by so many gamers and the dangerous way in which it’s being spewed only serve to prove that misogyny and violence are a terrible problem in gaming—and that needs to be addressed first before anything else can really get accomplished. After all, it’s very difficult to point out legitimate criticisms of Sarkeesian’s analysis when so many assholes on the Internet are using those exact arguments as an excuse to call women sluts and threaten to rape them. Unless we are all committed to rooting out that kind of behavior when we see it, not just on an individual level but a systematic one, then it’s going to continue to fester under the surface and irrevocably ruin the entire community.

[UPDATE] For their part, The Fine Young Capitalists —the organization that Zoe Quinn was accused of sabotaging— has made peace with Quinn and clarified that none of the DDoS attacks or doxxing they faced were her doing. “She was simply the most famous voice in a choir of people that did not understand the project,” their update reads. “We may never be friends, but we are no longer enemies, and she will not be involved in TFYC.”