Is Dealing With Vicious Internet Trolls ‘Just Part of the Job’ For Women In Online Media? 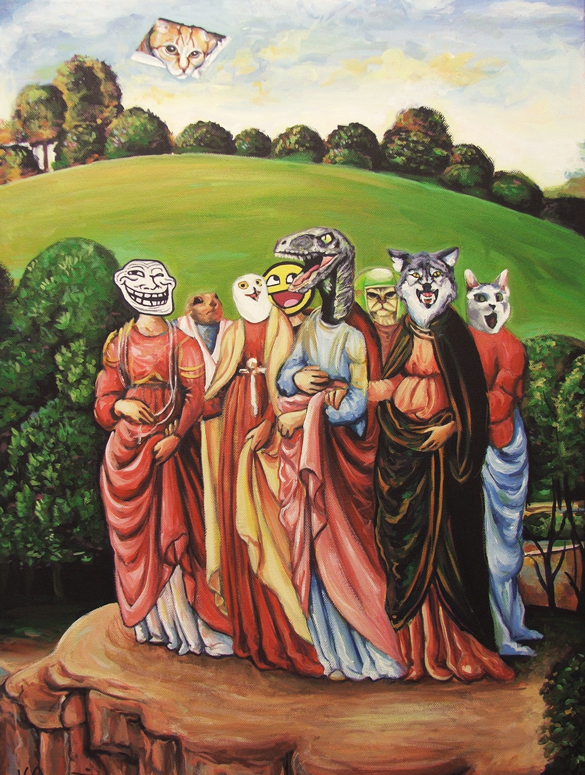 For all the times I’ve complained about the terrible internet comments I have to deal with on a daily basis, there’s always one person who says “Just don’t read the comments.” To which I reply: “IT’S MY JOB!” But is it? A new piece on Jezebel highlights the serious issue of online harassment for those specifically working in online media, and Gawker’s unwillingness to do anything about it.

“Working at Gawker Media is a dream job for many of the women on staff here at Jezebel. This is a place that takes chances on developing writers, that has always stood behind us no matter what. But it’s time the company had its feet held to the fire,” begins the lengthy piece credited to “Jezebel Staff.”

They’re talking specifically about the issue of anonymous commenters posting violent pornographic images in the discussion section of their articles. It’s the kind of thing which cannot be traced and which the writers of Jezebel must go in and delete on their own after noticing.

I’ve been working online since 2008 and in that time I’ve seen countless instances of “troll” behavior ranging from “u suck” to “I know where you live and I’m coming to rape you.” Some have been directed at my friends, some at me personally, and others to my writers on this very website. Last week we posted the tragic story of a pregnant woman who found out her husband was an internet troll and who wrote off the activity as “an outlet to relieve stress.”

Make another human being’s life a living hell just so you can de-stress? I don’t think so, buddy.

But people are starting to fight back, which is encouraging. Comic Book Resources overhauled their forums recently in an effort to cut down on misogyny after a larger discussion of how women in comics are treated had been going for quite some time. And just earlier today we posted the amazing story of a 14-year-old girl who has decided to battle cyberbullying with science.

I personally take great pride when The Mary Sue readers call our comment section a “safe space” or that they’ve never noticed these particularly disgusting trolls. It’s because we’ve already gotten rid of them. Or, at least, we’ve done our best. It’s not an easy task, nor is it a pleasant one, nor is it one that can be executed to 100% reliability, but it’s one we take on to create the kind of community we and our readers want. We realized long ago turning off the ability for completely anonymous commenters to post on our site cut down some, but not all, of these offenders. Unfortunately, that hasn’t happened at Jezebel.

Higher ups at Gawker are well aware of the problem with this feature of Kinja (our publishing platform, in case you’re new here). We receive multiple distressed emails from readers every time this happens, and have been forwarding them to the architects of Kinja and to higher ups on Gawker’s editorial side for months. Nothing has changed. During the last staff meeting, when the subject was broached, we were told that there were no plans to enable the blocking of IP addresses, no plans to record IP addresses of burner accounts. Moderation tools are supposedly in development, but change is not coming fast enough. This has been going on for months, and it’s impacting our ability to do our jobs.

In refusing to address the problem, Gawker’s leadership is prioritizing theoretical anonymous tipsters over a very real and immediate threat to the mental health of Jezebel’s staff and readers. If this were happening at another website, if another workplace was essentially requiring its female employees to manage a malevolent human pornbot, we’d report the hell out of it here and cite it as another example of employers failing to take the safety of its female employees seriously. But it’s happening to us. It’s been happening to us for months. And it feels hypocritical to continue to remain silent about it.

Some very good points. What other profession are employees expected to be prepared for a complete stranger to deliberately try and make them feel bad or uncomfortable? And for others to tell you it’s just something which comes with the territory?

Upon discussing this amongst ourselves, the first two which came to mind were retail and the service industry. But Editor at Large Susana Polo also noted that discussions about the harmful psychological effects of “trolling” behavior and the structures necessary for curbing them are far more common when talking about internet communities than the lives of retail and service workers. For certain, we see many take up a call to arms about unacceptable harassing behavior online than we do in “real life” for say, food service employees. To which she added, “I often wonder if that’s because of basic class/race differences between the two employee pools: internet jobs are much more likely to be held by white people who aren’t paid by the hour.”

The fact remains, we really shouldn’t have to deal with this kind of harassing behavior at work. No one should. The offenders should be thrown out just as quickly as a diner slapping the ass of a waitress should be thrown out the door of a restaurant. But how, when the anonymity of the internet is, well, the anonymity of the internet? At Gawker, at least, putting their foot down on anonymous commenters is the first step. Let’s get on that ASAP, yeah?

(image via wytrab8 on DeviantArt)

Previously in Shitty Human Beings on the Internet