That is some knee-buckling irony right there. 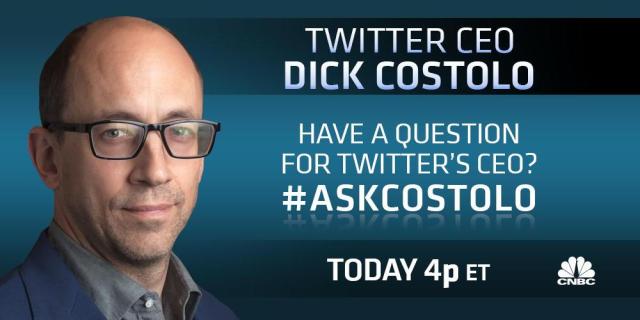 Several well-intentioned Twitter hashtags have fallen victim to a misjudgment of the Twitter audience lately and been used to criticize their creators. Unsurprisingly, the same thing happened when Twitter started #AskCostolo for users to ask Twitter CEO Dick Costolo whatever they wanted—and what they wanted to ask was, “Why does Twitter not do more about online harassment?”

And ask they did, with varying levels of intensity. Online harassment is an enormous problem, especially for women and LGBTQ users, and while Twitter has methods of recourse for users facing interactions much worse than just your standard Internet troll, they’re often ineffective or take much longer than they should.

It started with an invitation to ask Costolo some questions ahead of an Interview on CNBC,

But things escalated quickly from there. In the feed from the #AskCostolo hashtag below, you can read countless 140-character-or-less accounts of mishandled Twitter harassment that demand answers from the CEO.

Or take a look at a few samples below (trigger warning: some of the tweets are graphic).

@Bird0810 @TarotDarrow @deuce788 @humorwrkz How many times must one report an account that exists solely for smearing people? #askcostolo

Why was the man who said I should be raped with a broken bottle allowed to make 10+ accounts from the same IP within one week? #askcostolo — Natalie (@ateenwitch) July 29, 2014

@dickc Why in the hell were images of a teen girl being raped even posted, much less ALLOWED TO TREND FOR DAYS? #AskCostolo — LavenderKitchenSink (@lkscollective) July 29, 2014

Generally, I’m all for not blaming a service for how its users behave. It’s been a great defense for P2P filesharing services famous for allowing the pirating of music and movies, but we’ve all always known it was kind of a bullshit defense, right? It was just convenient when it protected my right to top off my iPod. Not so much when it’s protecting threats of violence or actual crimes. It also doesn’t really work when you have measures in place to correct this problem that just aren’t working.

Additions like the “report abuse” feature have seen their own abuse in deliberate reports of innocent users by the very groups from which they need protection. #AskCostolo had other legitimate issues, from Twitter’s admitted in-house lack of diversity to the kind of minor questions Costolo probably wanted, but it’s going to be hard for him to ignore the thunderous response about harassment. If you’d like to make it harder for him and hopefully spur Twitter to sort out these issues, take this user’s advice:

If you are a target of harassment or care about those who are, please tweet #askcostolo to demand Twitter improve their handling of abuse

(via Daily Dot, image via CNBC)