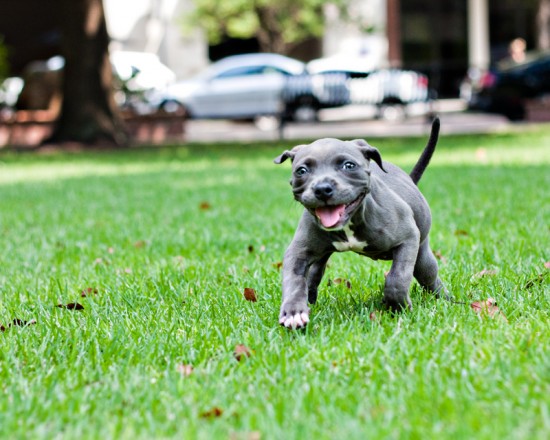 This is Harper, a happy and mostly healthy pit bull puppy. However, it was only a few weeks ago that Harper was all but given up for dead. Her story began when Erica Daniel saw a man selling puppies outside a Save-A-Lot. When she approached him, she noticed strange noises coming from a garbage bag the man was holding. After forcing the issue, he opened the bag to reveal a small, deformed dog. This was Harper.

Harper has pectus excavatum, or “swimmer puppy syndrome.” Dogs with this disorder have a deformed chest cavity, causing them to lie flat on their stomachs and are often unable to even move their heads. Generally, afflicted canines don’t live more than three weeks, which was the grim prognosis that Daniel was given when she brought the dog into a Florida animal shelter. With that in mind, Daniel took Harper home for one day of love and care before following the vet’s advice and having her euthanized. After that single day, however, Harper had improved dramatically.

Daniel says that she bought Harper some toys, and started massaging her stiff limbs to help relieve some discomfort. She was surprised when after a few hours, Harper seemed to have a much greater range of motion than before. She was even holding her head up and, incredibly, trying to walk. Emboldened, Daniel called The University of Florida in Gainesville. After determining that Harper wasn’t suffering from the most severe complications of her disorder — which could include a heart murmur or brain abnormalities — Daniel enrolled Harper in a hydrotherapy class at Hip Dog Canine Hydrotherapy & Fitness.

The results speak for themselves. Harper is thriving, and can manage to walk on grass, carpet, and other textured surfaces. She’s still struggling with tile and hardwood floors, but Daniel is confident that she’ll continue to gain strength and confidence. She’s in a position to know, having created a rescue foundation after saving Dolly, an abused pit bull used in a dog fighting ring.

Read on below for more images of Harper, being the adorable pup that she is. More information on her story, and opportunity to donate money for her recovery, can be found is available at the Dolly’s Foundation website. 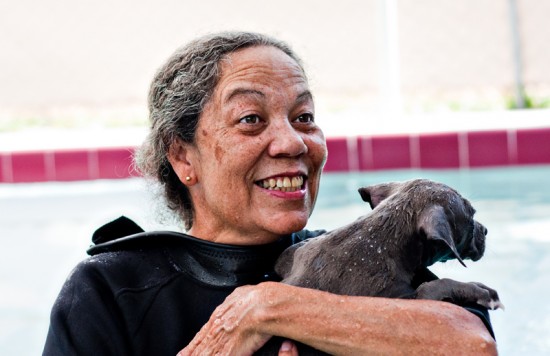 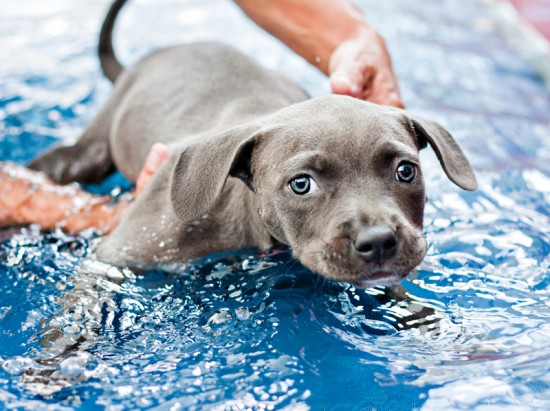 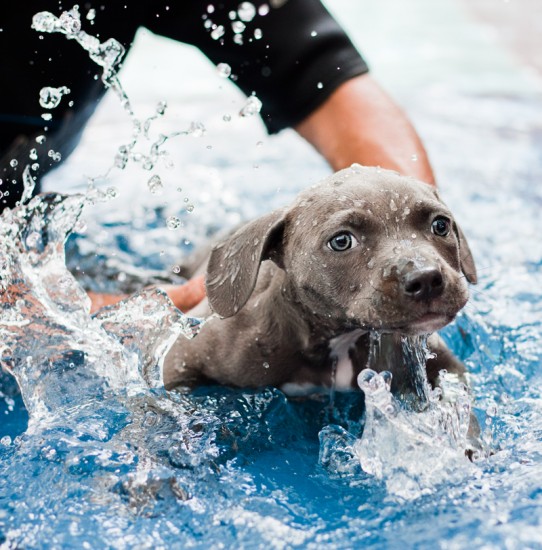 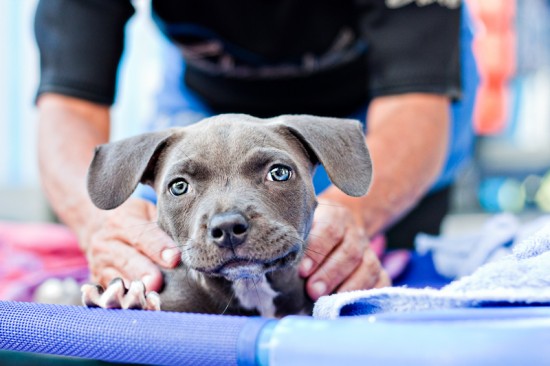 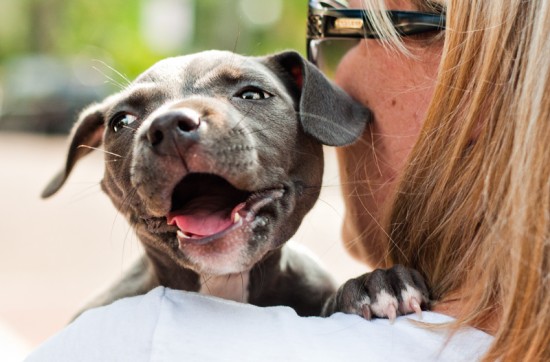 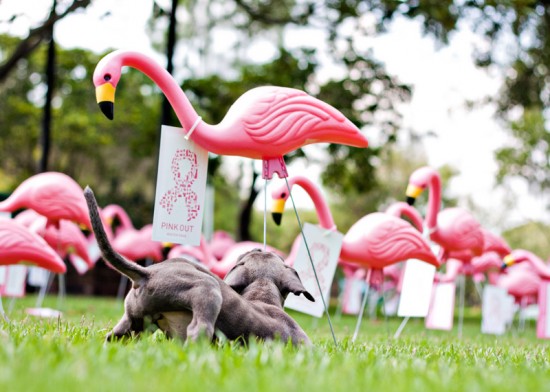 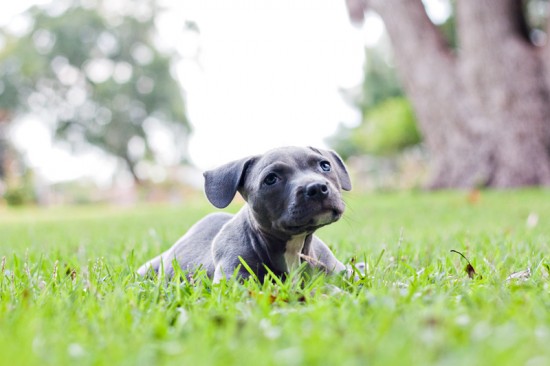