Because how DARE they fund a movie with their own money?! 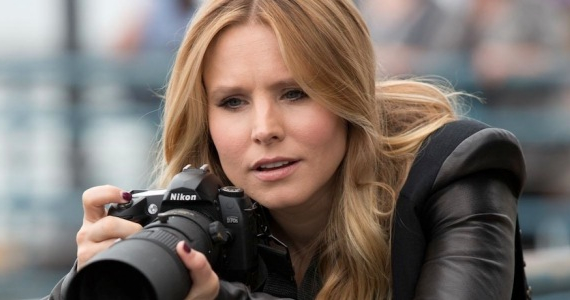 Were you a backer of the Veronica Mars movie Kickstarter campaign? If so, we’re sorry. Not because of the movie, of course, because we’ve heard it’s pretty good. No, we’re sorry that those of you who were promised digital downloads of the film now have to content with the dreaded Warner Brothers-run Ultraviolet streaming service on Flixster.

On what, you ask? Exactly. Flixster is basically the Origin to Warner Brothers’ EA Games; it’s a terribly run, stupefyingly laggy service that you’ve probably only ever used if you were given a digital copy of a film along with a Blu-Ray and decided to try to streaming it from your phone one time when you were too lazy to get out of bed and find your computer. Not that I, myself, have done that or anything. Whatever. Don’t worry about it.

But getting a crappy, barely-working digital download to accompany the physical copy of a film you already own is one thing. Getting a crappy, barely-working digital download after contributing at least $35 bucks to help get a movie made in the first place? That is less than great — and that’s what happened for thousands of Veronica Mars fans who were promised a digital copy of the film as part of their backing reward. Though there were some who didn’t experience any problems, a majority of backers had issues with lagging, poor stream quality, and even global restrictions. More than a few backers have reported getting back an error message that says that the code they received is “not valid for the territory you are currently trying to redeem from.”

The response has been so bad that Warner Brothers is now promising refunds to those who expected their digital copy to, y’know, work, and film director/series creator Rob Thomas put out a response to the whole mess on Friday.

We know that some of you have strong opinions about the decision to provide digital versions of the movie through Flixster […] As you’ll see in the original FAQ on our Kickstarter page, we’ve always planned to include Flixster as a digital distribution platform. But I also know that many of you use iTunes, Amazon or other platforms, and would prefer to claim your digital copies on your favorite service, so we hoped we’d also be able to arrange for more options. Unfortunately, it just wasn’t possible. In the end, Flixster was the best option for getting the digital movie reward out to all of you, worldwide, at the same time.

According to The Wrap, If your digital download doesn’t work, you can expect either a $10 or full refund from Warner Brothers after buying the movie from a different service. We assume that this doesn’t count for the entire price of your contribution if you funded above the lowest tier that entitles you to a digital copy, but you’ll have to talk to Flixster’s customer support about that. Either way, this can’t be good for those of us who wanted to see the film industry embracing crowdfunding instead of the tired DRM laden piracy filters that currently do not work for them.

(via Techdirt, image via Veronica Mars)