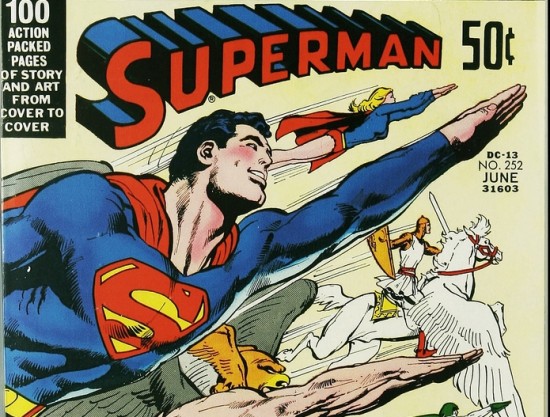 It seems like one of the legal battles that has gone on for decades over the rights to Superman has finally ended. With a unanimous decision, an appeals panel has decided that the heirs of Superman co-creator Jerry Siegel have to follow the terms of a 2001 letter and give up their 50% share of Superman in exchange for an undisclosed offer by Warner Bros. Considering how long the families of Siegel and co-creator Joe Shuster have been battling Warner Bros over Superman, it’ll be hard to believe this is really the end. No one stays dead in comics, not even legal battles.

Judge Stephen Reinhardt of the 9th U.S. Circuit of Appeals wrote that Warner Bros and the Siegels “had resolved the last outstanding point in the deal during a conversation on Oct 15, 2001.” Those terms were written up in a letter, but were never laid out officially in a contract. Judge Reinhardt added that the letter “accurately reflected the material terms they had orally agreed to on that day.”

In 2008 a court decision ruled that Warner Bros had to share an undisclosed amount of money (probably a lot) that they earned since 1999 with the Superman character, and to give the Siegel family control of Superman’s costume as well as other aspects of the character. This recent decision overturns the 2008 ruling.

Superman has brought in billions of dollars for DC and its parent company Warner Bros over the last 74 years, so it isn’t surprising to see either side continue to fight for a larger piece of that money. The Siegel family has yet to comment on the ruling, but Warner Bros said in a statement:

The court’s decision paves the way for the Siegel [family] finally to receive the compensation they negotiated for and which DC has been prepared to pay for over a decade. We are extremely pleased that Superman’s adventures can continue to be enjoyed across all media platforms worldwide for generations to come.

Although the Siegels themselves have not responded, their lawyer, who represents the families of both Superman creators, says that the family of Joe Shuster will appeal a decision from October 2012 that gave Warner Bros the complete rights to Superman.

It doesn’t look like this fight is over by a long shot, but for now at least, Superman is in the complete control of Warner Bros and DC.

(via The BBC, image via Marxchivist)