Kickstarter’s for Everyone, Including Zach Braff, Penny Arcade, and Veronica Mars 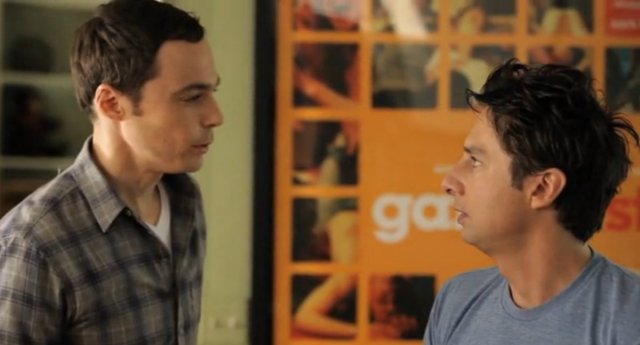 There’s been a lot of talk lately about what, exactly, are Kickstarter‘s guidelines and how they apply to various bigger fish, as it were, coming into the rather small pond of crowdfunding. Lots of claims have been made, and the grumbling is audible across most forms of social media, but what does Kickstarter the company actually think about all this? Hint: They like projects like the ones Zach Braff, Penny Arcade, and Veronica Mars have run.

The why of it all might surprise you, though. They’re not just fans of those larger, more impressive campaigns because they brought in the dough. Well, they like that, but they also brought to light some interesting data with regards to those giant, seemingly more corporate Kickstarter campaigns in a recent blog post.

Here’s the most important bit:

The Veronica Mars and Zach Braff projects have brought tens of thousands of new people to Kickstarter. 63% of those people had never backed a project before. Thousands of them have since gone on to back other projects, with more than $400,000 pledged to 2,200 projects so far. Nearly 40% of that has gone to other film projects.

That’s…a significant amount of money being dispersed. The argument that so many people backing stuff like Veronica Mars means fewer lower-level campaigns get money just doesn’t pan out given those numbers. Those giant projects actually bring more people into the Kickstarter fold, where they can then discover other projects they might like to back.

In short, Kickstarter wants “to help bring creative projects to life,” and get a wad of cash while they do it. If anything, they’d love it when people like Amanda Palmer, Zach Braff, and everyone else with any kind of following launches a new campaign. It’s the absolute best kind of exposure.