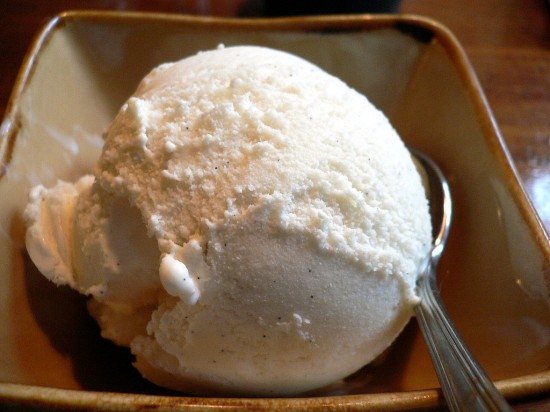 While most consumers take the humble vanilla bean for granted, producers of the spice know that things aren’t looking so good. Crop failures have food manufacturers in a buying frenzy, and the rising prices could hit that most precious of summer commodities — ice cream. Analysts are already expecting a 10% price increase for the frozen treat, but it might not be all bad news.

After saffron, vanilla is the most expensive spice to produce because of the high amount of labor involved. What’s more, the bean is only grown in Madagascar and Indonesia in large quantities, with India and Mexico as secondary producers. All of these countries saw a low yield this year — the worst of which was Mexico, which saw 90% of its crop fail.

The poor yield over the past two months has led to a significant spike in vanilla prices which are currently as high as $40 a kilo. Two months ago, it was about $25 a kilo. The shortage has buyers stocking up, with 40% of the world’s total vanilla crop being shipped out from Madagascar this month. Tellingly, 40% of the world’s supply of vanilla amounted to 1,000 tons. By comparison, in 2009 Indonesia alone produced 4,362 tons of vanilla.

How this will affect ice cream consumers isn’t entirely clear at this point. Not all manufacturers use vanilla bean in their products, which will likely mitigate the effect of the shortage. Wikipedia points out that an estimated 95% of products with vanilla flavoring use artificial, as opposed to natural, vanilla. However, the U.K. Telegraph quoted Mintec business development director Nick Peksa as predicting:

“It is the most expensive ingredient in ice cream production per kilogram, so it is highly likely that some producers will not be able to absorb the extra cost. […] It could push the price of ice cream up by around 10 per cent.”

However, there is need for calm amidst all this concern. While $40 per kilo is a major spike, it’s nothin compared to 2004 when prices hit $500 per kilo. In 2005, vanilla prices were reported to be around $40 a kilo as well.

While the price may not be unprecedented, the sudden rise might still hit consumers once demand for the frozen treat picks up in the warmer months. That said, I seriously doubt anyone will have to start rationing the stuff.