The Last Available IPv4 Blocks Have Been Allocated 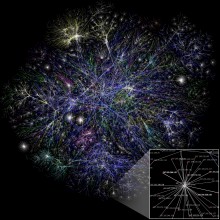 The end of the Internet as we know it drew yet nearer today with the announcement that two of the remaining seven blocks of IPv4 addresses have been allocated to APNIC, the Asia Pacific region’s regional Internet registry. Based on a longstanding agreement, this means that each of the regional Internet registries will receive one of the five /8 blocks left over; while each of these blocks contains over 16 million IP addresses, in an era when phones, cars, and e-readers have IP addresses, it won’t be long before every one of those addresses has been allocated.

According to APNIC, it “expects normal allocations to continue for a further three to six months. After this time, APNIC will continue to make small allocations from the last /8 block.” Thus, as we recently wrote, the IPv4 Internet will run out of address space “within weeks.”

The solution, as we’ve known since it was standardized in the ’90s, is IPv6, which will create trillions of IP addresses to IPv4’s relatively puny 4.3 billion. But because many existing devices are fluent in IPv4 but not in IPv6, the transition will be tough. And there are social resistances in place as well. A Web researcher tells eWeek:

“IPv6 is a chicken and egg problem … To lower the number of IPv4 addresses in use, a full IPv6 public backbone is required. It is assumed that this will take around 10 years – and we’ve left it too late now.”

“IPv4 address scavenging is the only way forward now – we have to be able to harvest addresses that are not being used and be very careful in how we make these available for use … Mass spammers and other blackhats using IPv4 addresses for a matter of minutes have to be a prime target.”