Update on the GOP Red Pill Creator: He Just Resigned, After Being Protected By His Republican Colleagues 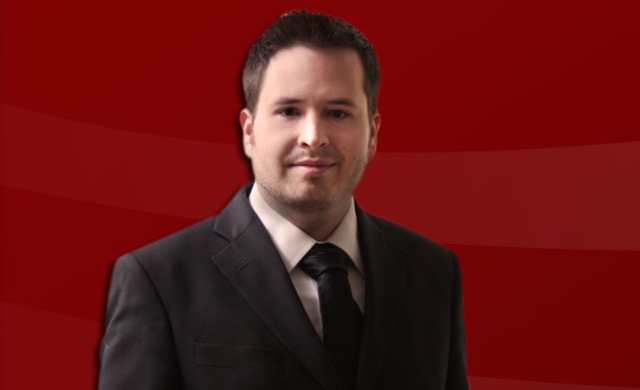 Earlier this month, Robert Fisher, the creator of the misogynistic Red Pill cesspool who also serves in New Hampshire’s House of Representatives, faced an investigative panel, designed to look into the possibility of wrongdoing and disciplinary action. At the time I said we’d check back as updates came in, and now we have a whopper of an update.

As of Wednesday morning, Fisher has resigned from his position in the House.

There’s no place for Fisher’s kind of vile, hateful sexism in the institutions whose job is to serve all their constituents. Now, if only those in charge of running these institutions would acknowledge that fact. Because while Fisher’s resignation is great news, we have to wade through a whole lot of BS to get there.

That panel Fisher faced ended up voting along party lines–it was Republican-led–8 to 6 to take no action against him. When they read the decision, women in the audience began yelling “Shame! Shame! Shame!”

The committee’s task was bizarre, as they heard two very different cases, and chose rule on both as one (despite vehement from the committee vice-chair and House Minority Leader, Democrat Steve Shurtleff). The other case lumped in with Fisher is that of Democratic Rep. Sherry Frost, who posted a tweet back in March saying “The people (read: men) telling me to “calm down” & “not take it so hard” are making me homicidal. I refuse to account 4 having a conscience.” In February, she also tweeted “Oh, we have a terrorist problem, all right, and they’re usually white, Christian men.”

The Republican party members reportedly called Frost “crude” for tweeting that her “current focus is #RTW & #gunnut fuckery in #nhpolitics.” When defending herself to the panel, she said, “My speech is not always pretty or polite but I have the right to express myself in ways that I feel best relay what I witness and experience.”

Gasps at Fisher/Frost hearing after Chairman Dick Hinch says both matters will be treated as one incident, with the same decision for both.

To insist on treating these two cases as one is ludicrous. Whether or not you think Frost’s language was acceptably appropriate (personally, I find her words all too relatable), it’s nowhere near the same league as Fisher’s vile behavior. But Frost’s tweets and Fisher’s declaration that, among countless other statements, “feminists wish they were hot enough to be rape-able,” and claims that he recorded his sexual encounters, were deemed similar enough to be counted under the same definition of free speech.

So why did Fisher decide to resign? Well, after the high five parade had presumably been exhausted, House Minority Leader Shurtleff said he would be looking into pursuing perjury charges. As we discussed, this ruling could only be based on events from the current session, meaning this year. Fisher says he no longer moderates the Red Pill forum. The Daily Beast has the receipts to potentially prove he’s lying. So he got a big ol’ pass from his cowardly Republican colleagues, but that’s not enough to shield him in the long run.