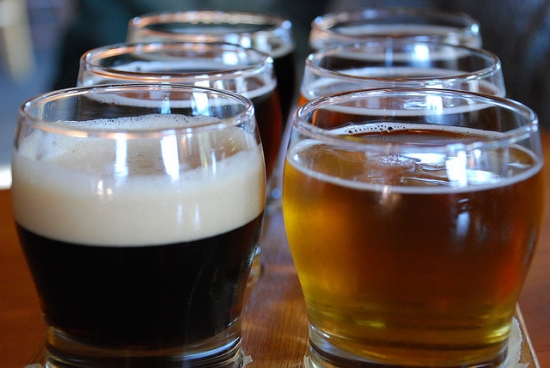 Do you like beer? Do you like letting the Internet know every time you have a beer? Then you’re probably already familiar with Untappd, an app that is “a social discovery and check-in network for anyone that enjoys beer,” according to the description in the Google Play store. The app is free for Android and iOS, but they rolled out a premium version yesterday with some new features. Guess I’m hitting the liquor store on the way home tonight.

The way I explain Untappd to people, like my editor just now, is that it’s FourSquare for beer. You check-in, or “drink-up” in this case, to each beer you have. The app lets you rate that beer and suggests other brews you may like based on your past ratings. You can share your check-ins with friends and earn badges for accomplishments. It’s a nice way to feel like you’re being rewarded for drinking beer.

To access the premium version, users become “Untappd Supporters” at a price of $5/month or $50/year. In exchange they get new features that focus mainly on analyzing the user’s beer-drinking history. The service is being offered as a way for users to support Untappd without them having to charge for the app or take donations, which is admirable, but the new features don’t really stand out as something most people would use. They focus mainly on analyzing statistics of your beer-drinking history, which I admit to thinking is pretty interesting, but also know that most people don’t share that level of interest in statistics.

Untappd also said on their blog that Untappd Supporter accounts are not a “premium version,” but that it is instead a paid version of a free app that offers features unavailable in the free version. That’s pretty much the definition of a premium version, but whatever.

I’ve used Untappd from time to time, but my friend Eric Wormann, who works for a beer distributor, and is a self-proclaimed “beer club subscription enthusiast,” is fast approaching his 900th distinct check-in. That’s 900 different beers. So he’s a much more frequent user than I am, and he’s a little underwhelmed by the premium offering. I asked him how pumped he was for this change, and here’s his response:

I’m inclined to agree. The statistic features seem interesting, and there’s a promise of more new features in the future, but they don’t feel like enough to justify a monthly fee. Perhaps a one-time fee to download the premium version would be a more palatable option, or, if you’re adding features, make it so that I can “drink-up” to a beer just by taking a picture of the label instead of having to type in the name and brewery. Typing on a phone gets harder to do after a few check-ins.

(via Untappd, image via afagen)