Turns out the universe owes everyone a big "excuse me." 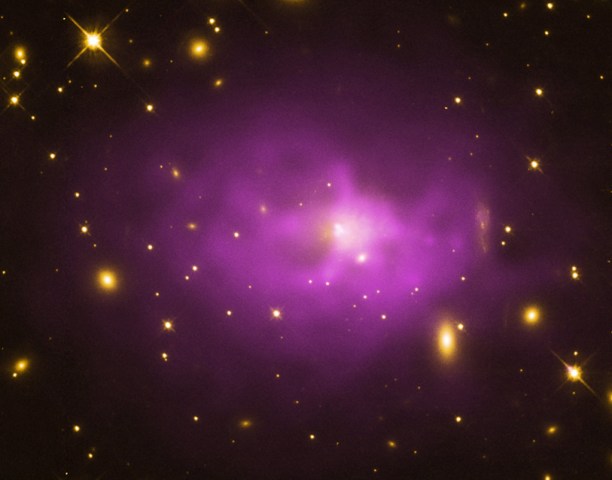 Computer simulations have previously shown astronomers that the universe was, well, pretty gassy, but they’re just now getting their first glimpse of the universe’s gas, and they didn’t even have to hold a match up in front of its butt to do so. While that’s mildly disappointing, a black hole-powered quasar lighting it up is still pretty cool.

The universe is made up of a web of filaments left over from the Big Bang that exists as ionized gas, and radiation from a black hole inside a newly discovered gas nebula has given astronomers their first look at this previously invisible web. Hopefully, the whole web thing isn’t literal, and we won’t also discover that galaxies caught in it are just prey for invisible space-spiders.

Astronomers using the Keck Telescope in Hawaii recently discovered a quasar, which is a bright, superheated formation of gas around a black hole, that was illuminating the largest gas nebula that’s ever been discovered. At two million light years across (“mind-bogglingly far” in laymen’s terms), the gas extends so far away from the black hole that it is pretty much just floating freely in the universe.

The discovery is providing astronomers with a better understanding of how the universe is structured, and the confirmation that the theorized web of gas exists is encouraging evidence that the current scientific theories on the formation of the universe that were used to predict it are on track. Take that, creationists.

Like any scientific discovery, it’s also raising its fair share of new questions, because the mass of the gas is much higher than predictions would have guessed, which means there are still some gaps in our knowledge of how the universe formed. Or it could mean the universe ate a few too many burritos last night. I guess we’ll have to wait for science to let us know.