Water Found in Stardust Points to Life Elsewhere in the Universe

Or maybe it doesn't—science is such a tease. 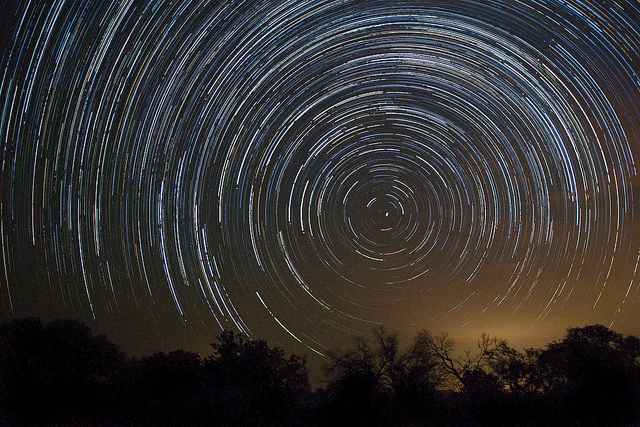 Scientists finally have proof that stardust contains water and the consequent ability to sow seeds of life throughout the heavens. If you’re surprised stardust is a real thing outside of fairy tales, let alone the reason we all exist, you’re not alone.

As fantastical as it may sound, scientists have long thought that the silicates inside stardust were capable of reacting with wind from stars to create water. (In related news, raindrops on roses are being examined as a possible cure for cancer and whiskers on kittens are the alternative fuel source we’ve been waiting for.)

Using a sample of stardust collected from Earth’s stratosphere, John Bradley from the Lawrence Livermore National Laboratory was able to confirm scientists’ suspicions that when the hydrogen ions from solar winds react with oxygen in dust’s silicates, water is created within the grains of dust. Bradley probed the 5 to 25 micrometre specks of dust to uncover reserves of water, and although the space debris he analyzed may have been microscopic, his findings are huge.

Says Hope Ishii of the University of Hawaii, another researcher on the study: “It is a particularly thrilling possibility that this influx of dust on the surfaces of solar system bodies has acted as a continuous rainfall of little reaction vessels containing both the water and organics needed for the eventual origin of life.”

Water-filled stardust raining down on Earth is therefore a possible origin for life on our planet, although Ishii stress that these microscopic particles would have been in no way “sufficient to form oceans.” (Which is too bad, because “oceans of stardust” sounds amazing.)

Instead, Ishii posits that our oceans may have been the result of “wet asteroids” or comets colliding with Earth-a theory that may hold weight once the ESA’s Rosetta is able to analyze a comet’s composition.

In the meantime, the discovery is exciting not only because it provides a possible explanation of how the ingredients for life arrived on Earth, but it also confirms the plausibility of extraterrestrial life, in our solar system and throughout the universe.

As Ishii explains, interplanetary dust in all solar systems contains carbon, and therefore the possibility of stardust silicates transforming into water is present in every solar system with a star or supernova. Says Fred Ciesla of the University of Chicago, “These are the types of processes that we expect to occur in other planetary systems. Water and organics are not uncommon.”

So basically…suck it, non believers! If stardust is not only a real thing but capable of literally raining a near-infinite possibility for life down upon the universe, then my desire to see proof of extraterrestrials within my lifetime is totally plausible. They’re out there, and if they are literally made from the stuff that makes wishes come true, they can’t be that bad.

(via New Scientist via Gizmodo, image via Ralph Arvesen)