And #WomenAreTooHardToAnimate is our new favorite hashtag. 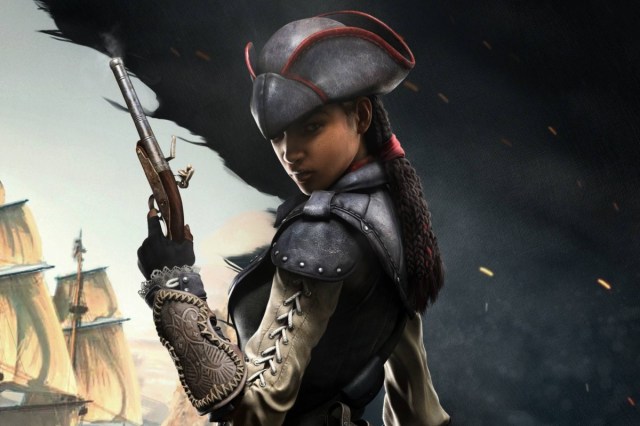 So remember how the Ubisoft developers blamed their lack of female characters in the Assassin’s Creed Unity co-op on the “reality of production?” Yeah, that was the worst. Turns out we weren’t the only people pretty upset about that lame excuse, because a prolific game animator has straight-up called Ubisoft out on it.

Yes, not only was Ubisoft’s excuse lame, but it was also (unsurprisingly) complete garbage from a developer standpoint. Jonathan Cooper, who worked as an animator on both Mass Effect 2 and Assassin’s Creed III, was not down with Ubisoft’s definite un-truths – and this from a guy who helped bring Fem!Shep to life. Here’s what he had to say about the whole Ubisoft-lady-animation thing:

Man, if I had a dollar for every time someone at Ubisoft tried to bullshit me on animation tech ;-)

Fun fact: in our last prototype together, entering your name as @Aleissia allowed you to play as a female character. — Jonathan Cooper (@GameAnim) June 11, 2014

For those asking “why two days?”, this article explains how retargetting and replacing only key animations works: http://t.co/pQFbe7UJDW — Jonathan Cooper (@GameAnim) June 12, 2014

That said, character models, voice acting and the systems to switch them take more time.

“So in the past, when we wanted to create a new set of animations for a specific character, this meant animating LOTS of animations.”

Just trying to remove the animation excuse from the equation. They’re all being stripped away one by one. — Jonathan Cooper (@GameAnim) June 12, 2014

The best bit about today was receiving heartfelt thanks from several Ubisoft friends, of both female and male skeleton-types.

That’s pretty much what we thought. Meanwhile, on the internets, the #WomenAreTooHardToAnimate hashtag has been the source of some excellent sass: 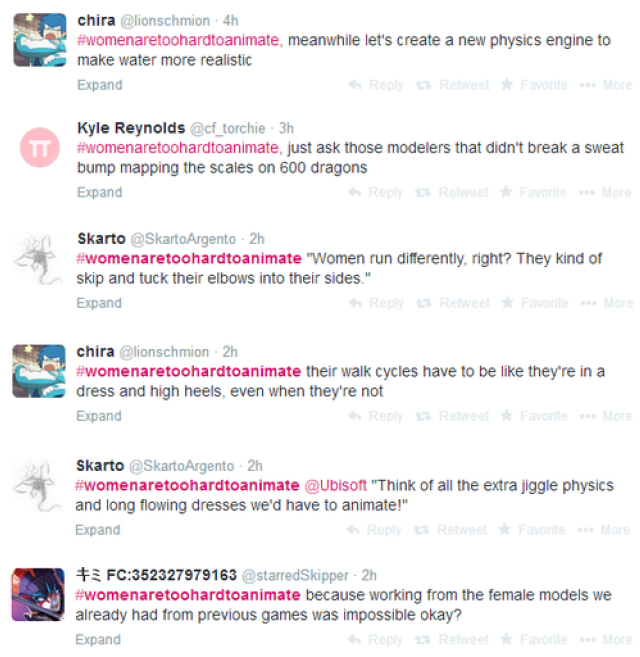 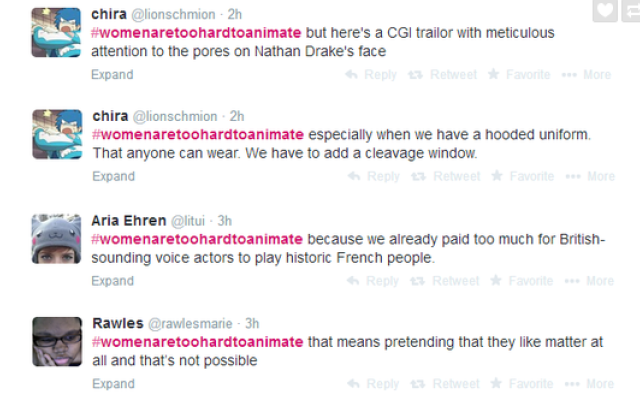 Never stop, internet. We love you.