Limo Service Uber Will Gouge You on New Year’s Eve, but They’re Upfront About It 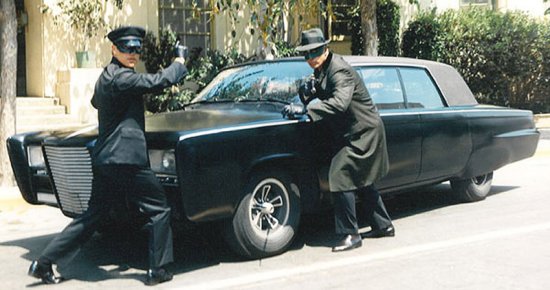 Don’t drink and drive. To prevent drinking and driving, companies like Uber offer smartphone apps that can summon classy limos and town cars, complete with driver, to your location. That’s very noble of them, but Uber is also a business. That’s why Uber has emailed its users to warn them of increased New Year’s Eve pricing. It’s part of what they call “surge pricing,” but it sounds an awful lot like price gouging. They warn users that they can expect to pay a minimum of $100 for a ride during peak hours on New Year’s Eve. For that much, the driver better be a jeet kune do master ready to take you on a crime-fighting adventure around town.

The reason for the “surge pricing,” says Uber, is that it encourages drivers to make themselves available to customers when demand is high. Nobody likes working on New Year’s Eve, so the extra money should mean that more cars are available to meet the demand, but when the increased rate is more than double what users normally pay then it seems a little over-the-top, and not in that good, movie-about-arm-wrestling way.

Uber hopes that by warning users in advance about the steep price increases they can avoid a lot of angry customers, but they’ll probably still be facing some very loud customer service calls. Warning people is nice, but not charging them double to get home is nicer.

In as much as I’m willing to defend Uber and their pricing, they are essentially a premium service. Uber users aren’t hopping buses or hailing cabs, they’re using their smartphone to summon a private town car or limousine to come pick them up and take them where they want to go. Uber is letting customers know in advance about the pricing so that if the cost is too high they can make other arrangements, but they’re also probably banking on customers who don’t mind paying a lot more to get home safely, and in style.

Whether you plan on using Uber or not on New Year’s Eve, make sure you plan ahead and get home safe and responsibly.