I Believe You Discounted My Stapler: Staples and Other Online Retailers Tailor Prices Based on Customer Info 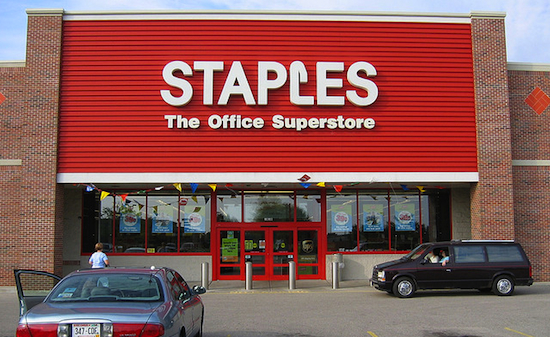 Online shopping — among other things too numerous to mention — is perhaps one of the greatest gifts the internet has bestowed upon mankind, allowing us to indulge in the long-held fantasy of shopping without having to get dressed. Still, there’s always been an unspoken tradeoff for being able to browse the virtual aisles in nothing but our tighty whiteys, because at this point it’s hard to believe such convenience would be free. Online retailers have always been collecting our personal information for their own dubious ends since they hit the interwebs, but a recent investigation by The Wall Street Journal reveals that businesses such as Staples are using this data to tailor prices based on customer location, income, and other factors. It turns out that not all sales are created equal.

WSJ reported that Staples online altered its product pricing in relation to the customer’s location, especially when the customer was in the proximity of rival chains such as OfficeMax and Office Depot. Those that lived within a certain radius of these stores were noted to have seen discounted prices as an incentive to keep patronizing Staples. Even though the luxury of never leaving the house — and having to interact with other human beings — to do one’s shopping seems like an incentive enough. Aside from analyzing the nearby competition, Staples had also adjusted prices relative to customer incomes.

Pricing isn’t the only thing in a constant state of flux. WSJ also stated that product descriptions and availability varied from region to region, more often than not gone unnoticed by the consumer. So basically, that must-have Hobbit stationary set you were telling your friend about might not be available on his tailored version of the Staples site if he lives on the other side of the country.

Naturally, this business practice isn’t exactly leaving smiling faces on the faces of consumers, with some believing it is a form of unfair treatment. In addition to Staples, businesses such as Discover Financial Services, Rosetta Stone, and Home Depot are all guilty of the same price and product tweaking. Speaking of all this insidious tailoring, how much did you pay for that life-size statue of Worf from Star Trek: TNG? It’s okay, we just want to know if you got ripped off.

(via The Wall Street Journal, image via OldOnliner)