Nielsen Ratings Are Migrating To Your Twitter Feed | The Mary Sue 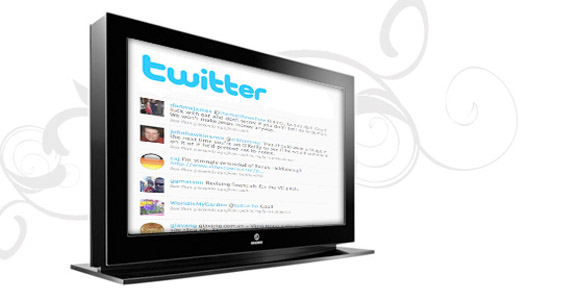 While watching your favorite television show in the last year or so, you might have noticed an added distraction at the bottom of your screen – Twitter hashtags. While companies have been trying to capitalize on the success of the social media giant to varying degrees, a new joint venture between Twitter and the Nielsen Company will mark a new era in marketing. They’ve come up with the “Nielsen Twitter TV Rating.”

Nielsen is known for measuring media consumption, usually television viewing but branching out to computers, and yes, even comic book publishers. They give companies information on what users are consuming and how they’re consuming it in order to better serve their specific market. So what will this exclusive multi-year agreement with Twitter bring? According to the press release, “Nielsen and Twitter will deliver a syndicated-standard metric around the reach of the TV conversation on Twitter, slated for commercial availability at the start of the fall 2013 TV season.”

But does this affect your Twitter life? Not really. You’ll be tweeting (possibly live-tweeting) about your favorite shows like usual, Nielsen will just be keeping track.

“Our users love the shared experience of watching television while engaging with other viewers and show talent. Twitter has become the world’s digital water cooler, where conversations about TV happen in real time. Nielsen is who the networks rely on to give better content to viewers and clearer results to marketers,” said Chloe Sladden, Twitter’s vice president of media. “This effort reflects Nielsen’s foresight into the evolving nature of the TV viewing experience, and we’re looking forward to collaborating with Twitter ecosystem partners on this metric to help broadcasters and advertisers create truly social TV experiences.”

While some companies have yet to understand the power of social media, Twitter and Nielsen consider Twitter “data a necessity in producing standardized metrics representing online and mobile conversations about television.”

A few of the networks chimed in on the news:

David F. Poltrack, Chief Research Officer, CBS Corporation said, “We are pleased to see Nielsen and Twitter join together to provide a comprehensive measurement system that will allow us to employ these social networking tools to their full advantage.”

Peter Rice, Chairman and CEO, Fox Networks Group said, “Twitter is a powerful messenger and a lot of fun for fans of our shows, providing them with the opportunity to engage, connect and voice their opinions directly to each other and us. Combining the instant feedback of Twitter with Nielsen ratings will benefit us, program producers, and our advertising partners.”

The press release doesn’t give details on how these measurements will be taken. Remember, Nielsen ratings are usually an opt-in program for users but seeing as how Twitter is public anyway, they may not need permission to gather the data. I’d be interested to know if private Twitter accounts are going to be utilized.

(via Geekosystem, image via waracle)