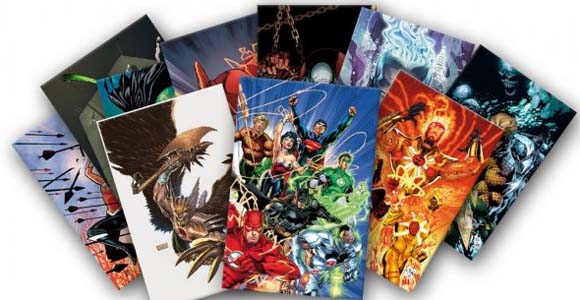 Have you been reading DC Comics’ new title, Orange Ivy? No? That’s because it doesn’t exist. It’s the new fake title introduced in a second Nielsen Survey the company has put out to gauge readership of their New 52 books. (You may remember us reporting on the first one last September.) Read on to find out how to take the survey and what, if anything, it could mean for your future buying habits.

We were interested to hear the results of DC’s last Nielsen survey since there was a big push online (specifically at women-friendly websites like ours) to get as many people as possible to respond. There were things we weren’t happy with in our comics and we hoped giving our opinion would help form the company’s opinion on how to get more women to read their books.

So what were the results? As we previously told you, the New 52 galvanized the traditional fanbase, appealed mainly to hardcore fans, lapsed readers, and adults, and just 5% of respondents were new readers. Not exactly what they hoped to hear. They also admitted in their report that the survey was not a reflection of all comic book readers. It was also done just one month after the relaunch.

What we want to do over time with the help of Nielsen and retailers is find a study that is more representative overall. It will have to be an ongoing study that isn’t just on Wednesdays, isn’t just in September and isn’t just around new #1 big and some passionate press activity. We’re very pleased with the study but we can’t suggest the results are representative until we do a consistent study with multiple data points and have a tracker over time.

In the previous survey, women made up 23% of the survey population versus 7% polled in comic shops (with just over 6,000 surveys total). Let’s try to beat that this time, shall we?

Here’s the link to the Nielsen Survey. Take your time filling it out. Remember, “Orange Ivy” is NOT a real title. Do not choose any other option for this title except “Not familiar with it” or it’s likely your survey will be cut short. Last time they snuck in a fake title called “Nerak” which confused even regular readers. Because, you know, not everyone is online as constantly as we are and sometimes people just click anything when they’re taking a survey for a half hour.

Yes, it will take about 20-30 minutes to complete the survey. You’ll go through your usual stuff, captcha, email, etc.  They asked how many comics, both print and digital, you’ve purchased in the last 6 months and then ask for specifics on their title list. They also ask about graphic novel purchases and the factors that go into your buying habits, including collecting.

Then there’s a blank area for you to give your impressions of the New 52 so far and here’s where you can speak your mind. The information on this section wasn’t released publicly after the last survey so we have no idea how much it factors into anything but it’s can’t hurt to give honest, well thought out, opinions. If you think they are missing out on a huge demographic because of x, y, or z, tell them. They still aren’t making attempts to reach out to different demographics than they already hold. How could they go about getting people other than 18-34 year old men to read their comics?

But don’t forget to tell them what you do like and what’s working for you as well. A lot of the negative comments that pop up in our threads (and elsewhere) when we complain about certain story lines, or the way women are depicted in general, is that we don’t talk enough about what we do like. Now, that’s not true, we write about what we like a lot but perhaps telling the source directly could help. Who knows? It will be interesting to see how these results differ from the last survey.