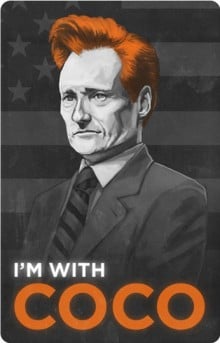 Earlier this week, a Turkish heavy metal fan discovered a major bug in Twitter that allowed users to force any other person on Twitter to follow them. As news of the glitch went viral, it quickly brought Twitter to its knees, and the service was forced to temporarily reduce everyone to zero followers and disable follows as they patched the bug and reversed illicitly obtained forced follows.

While there’s many a teachable moment to be had in the mayhem, one social media company, Row Feeder, took the opportunity to analyze which Twitter users people forced to follow them using the glitch. Not surprisingly, the top 20 forced followers were almost all celebrities and other public figures, and while it would be silly to read the list as an absolute measure of popularity, it’s no coincidence that the likes of Justin Bieber, Lady Gaga, and Conan were so widely sought. 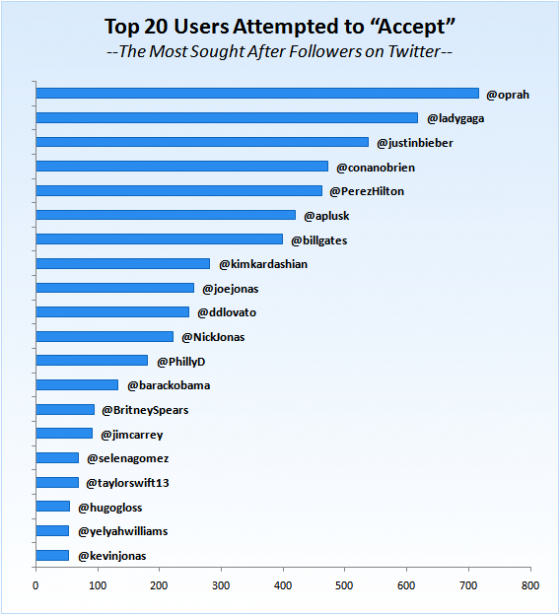 Since we didn’t know who some of these people were either, the un-obvious ones translated:

#16 @selenagomez: another one of these Disney Channel people

(Row Feeder via The Next Web)