Just So We’re Clear, Trump Is Deliberately Sabotaging the American Healthcare System Out of Petty Spite 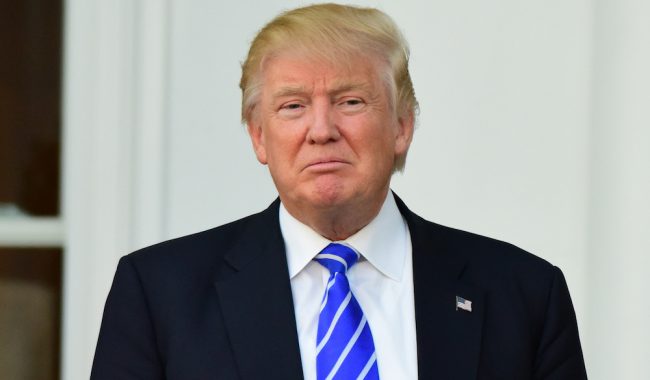 Trump recently announced another attempt at undermining the Obamacare exchanges, which are currently not imploding. He will cancel the “cost-sharing payments,” worth around $7 billion, which the government had been paying directly to insurance companies. As Politico explains, these payments are meant to “help offset out-of-pocket costs – such as co-pays and deductibles for low-income Obamacare customers. Without them, Obamacare insurers will still have to provide discounts to customers – they’ll just have to eat the added cost.”

Here are Trump’s super-presidential tweets about it:

The Democrats ObamaCare is imploding. Massive subsidy payments to their pet insurance companies has stopped. Dems should call me to fix!

ObamaCare is causing such grief and tragedy for so many. It is being dismantled but in the meantime, premiums & deductibles are way up!

Now, I’m no fan of handing insurance companies free taxpayer money, but these payments essentially incentivize companies to sell policies in less wealthy, less healthy counties where they would otherwise pull out of the markets. Until we have a public health system, we need a way to prevent the profit motive from determining whether affordable, comprehensive healthcare is available in parts of the United States. These payments are intended to do that.

Both Vox and Politico have some great breakdowns of the full consequence of this order, which will primarily affect middle-class buyers on the exchanges, who’ll have to deal with ~20% rate hikes as a result. Low-income enrollees will be mostly shielded for now; they’re still protected by the Affordable Care Act, which mandates that they only pay a certain portion of their income for healthcare.

However, this is only the latest act of sabotage from the Trump administration. They’ve also:

Nope! He’s doing this because he has an irrational hatred for Barack Obama, and because he thinks Congress “can’t get its act together.”

Since Congress can’t get its act together on HealthCare, I will be using the power of the pen to give great HealthCare to many people – FAST

But when Trump says Congress “can’t get its act together,” (one of the only Trump sentiments I can kinda-sorta agree with), he isn’t frustrated by the gridlock, posturing, and inaction that most Americans complain about. What he’s actually frustrated by is…representative democracy. Trump is annoyed because our representatives in Congress, after hearing loud and clear from their constituents that Trumpcare was hot garbage, decided to listen to them. (For once.) What’s annoying him here is the democratic process itself: the fact that Congress is ultimately accountable to the American people, rather than to him and his orders. The fact that Congress fears the electoral consequences of passing violent, stupid legislation more than it fears his tantrums. To his mind, a Congress which answers to its voters rather than to the president – you know, like it’s supposed to do – is a dysfunctional and broken one.

And that might just be the scariest part of this.