And risk a forest fire too. 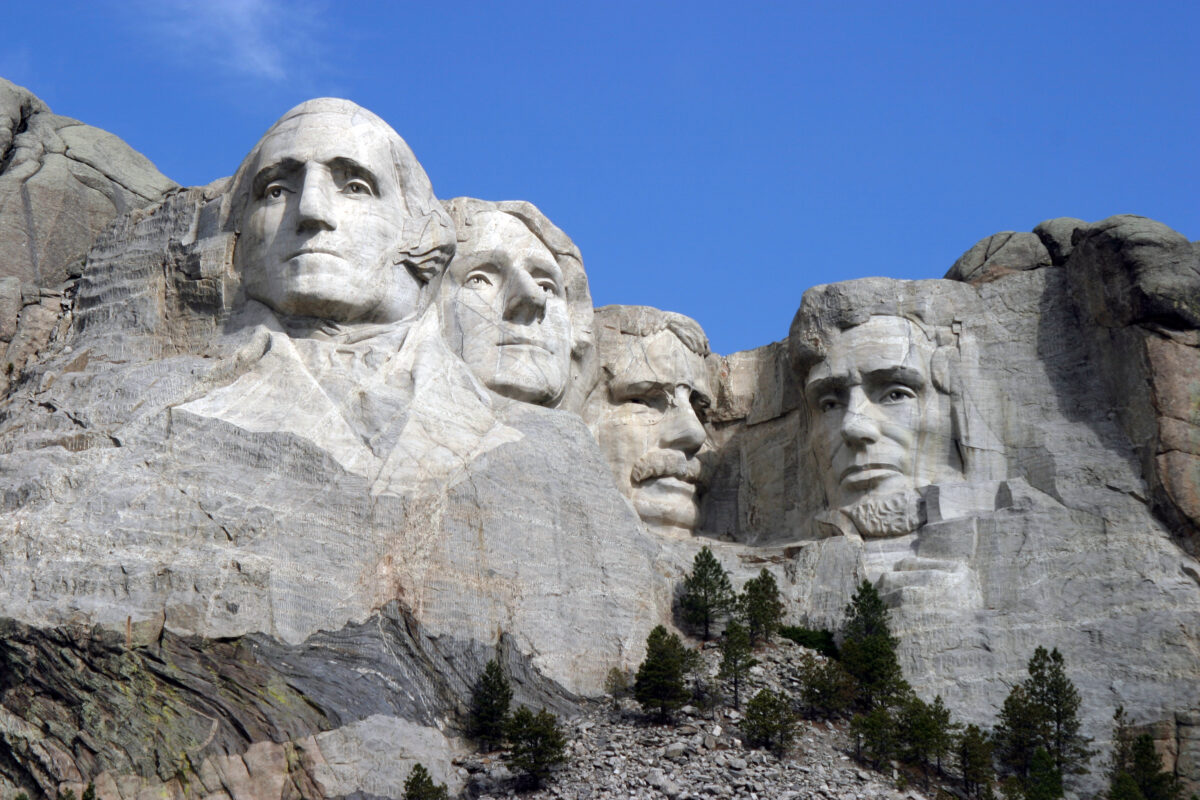 In the wake of national protests over racism, police brutality, and a growing movement to reexamine our monuments and history—including the many ways white Americans have exploited, killed and enslaved BIPOC—Donald Trump is doing the only logical thing he can think of to celebrate the fourth of July. He’s planning to visit Mount Rushmore, a monument on stolen Indigenous land that includes the faces of two slave-owners, so he can watch a fireworks display that could very well set a forest on fire.

At this point, with mountains of evidence, we can no longer pretend that everything Donald Trump does isn’t meant to be the most offensive and the most dangerous thing a President can do at a given moment. Whether it is the symbolism of planning a rally in Tulsa on Juneteenth after the national protests against white supremacy, or confirming he called to slow down COVID-19 testing after his aides tried to play that off as a “joke,” it feels like everything this man does is intentionally designed to achieve peak evil at each turn. It would be funny if it wasn’t so terrible. And Mount Rushmore and this fireworks display are truly, deeply, terrible.

First off, let’s refresh on why Mount Rushmore sucks. Mount Rushmore is located in the Black Hills of South Dakota, land which historically belonged to the Lakota Sioux. In a treaty from 1868, the US Government promised the Sioux the land in perpetuity, which lasted less than a decade until gold was discovered. The American government and white settlers took the lands by force, beginning a bloody conflict that saw Native victory at the Battle of Little Big Horn in 1876 and ended with the massacre at Wounded Knee in 1890.

The Black Hills are not just lands that were stolen by bloody conflict, they are sacred ground to the Sioux, which is why the construction of Mount Rushmore there is doubly offensive. The work was started in 1927 by a white man named Gutzon Borglum, who, surprising literally no one, was a terrible racist. Borglum was a moderately successful sculptor in 1914 when he was hired for the project that would become Stone Mountain, a giant monument to the Confederacy in Georgia that is carved into the side of a mountain. He aligned himself with the Ku Klux Klan and espoused racist views. Borglum was fired in 1924 and moved on to a different project meant to deface sacred lands and celebrate white guys who thought it was okay to own people: Mount Rushmore.

Mount Rushmore took 14 years to complete, beginning in 1927, and is still a controversial location. The merit of this structure, built on stolen, sacred land and marring the landscape with the faces of colonizers, is being debated today as part of the many discussion we’re finally having about our racist history. And so of course, Donald Trump wants to visit for the 4th of July. Of course.

Trump’s visit would be the first Presidential stop at Mount Rushmore since George W. Bush visited in 2002. Independence day fireworks are nothing new for Mount Rushmore, but they have been halted for the last 12 years due to the fact that the surrounding forest area has become particularly vulnerable to forest fires, thanks to a pine beetle infestation that has been damaging trees in the area. And yes, there are trees, despite what our catastrophically idiotic president thinks:

“For 20 years or something it hasn’t been allowed for environmental reasons. You believe that one? It’s all stone,” Trump told conservative podcast host Dan Bongino, as he shared that he would be making the trip to see the display next week, at the invitation of South Dakota Governor and Trump supporter Kristi Noem. This ignorance is consistent with quotes from January about the display: “I said, ‘What can burn? It’s stone,'” Trump said in January. “So nobody knew why. They just said environmental reasons.”

Except everyone knew why, because Mount Rushmore isn’t just stone, it’s in the middle of a forest. A forest that experts say is still particularly vulnerable to forest fires right now, thanks to a very dry spring in the area. The stewards of the monument. probably under pressure from Noem, say it will all be okay, but others disagree and say the risk is too great and that it’s dangerous in many ways. But we’re talking about Donald Trump here, so he doesn’t care. This is a man who is literally willing to set America on fire to make a racist point.

Such a fire would, unfortunately, not do much real damage to Mount Rushmore itself, only the surrounding area, so even if the worst happens, we’ll still be stuck with this awful tourist trap that’s honestly not even that impressive in person. Sounds about right for this administration.

Trump has expressed a desire to see his own face added to Mount Rushmore, and that sounds completely fitting in some ways because he too is a symbol to many not of democracy but of white supremacy, racism, and greed.

“Mount Rushmore is a symbol of white supremacy, of structural racism that’s still alive and well in society today,” Nick Tilsen, a member of the Oglala Lakota, told CBS. “It’s an injustice to actively steal Indigenous people’s land then carve the white faces of the conquerors who committed genocide.”

Definitely sounds like everything the Donald Trump admires, and to celebrate it, he’s willing to burn everything else down.