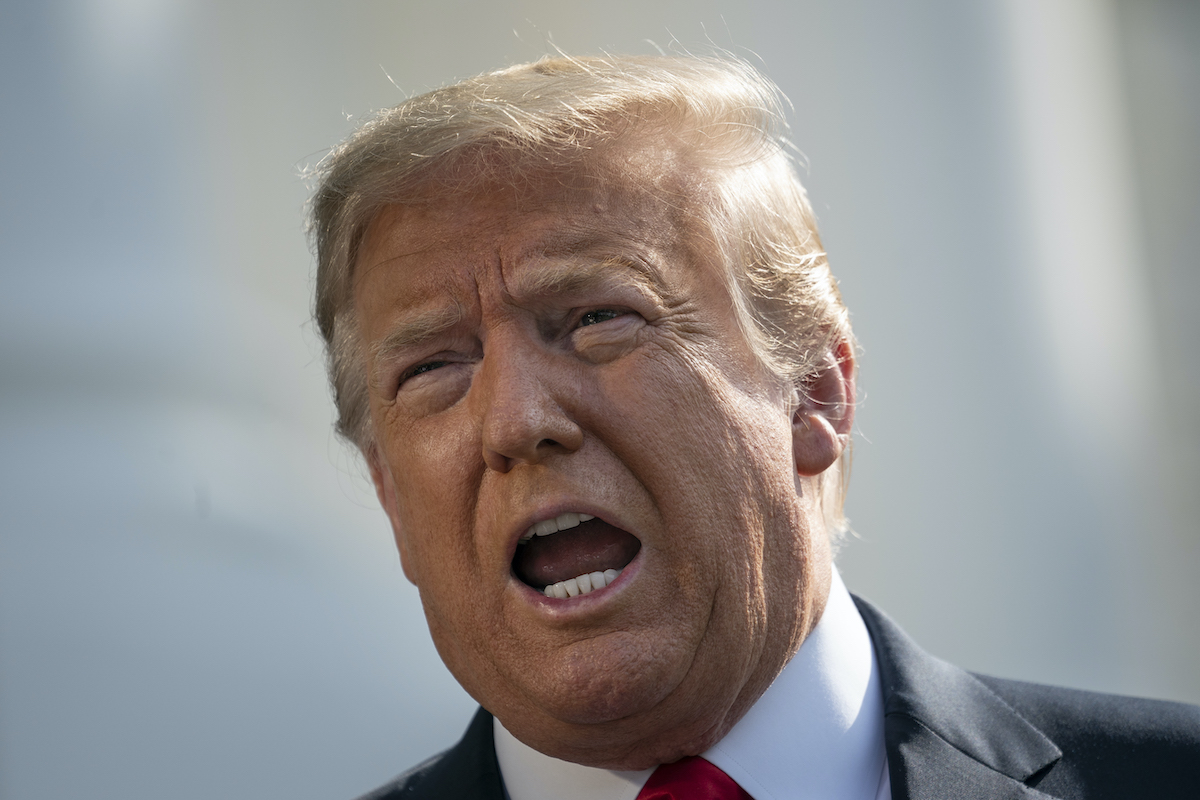 During his nearly two-hour-long, hateful, rambling speech at this weekend’s Tulsa rally, Donald Trump told the few attendees who showed up that he had instructed officials to “slow the [coronavirus] testing down,” as if not testing for the virus is the same as stopping the virus.

The comment received massive criticism, with a lot of people likening it to mass negligent homicide. The very best excuse that his staff could come up with to walk the comment back was to say Trump was joking and that his comments were meant to be “tongue in cheek.”

Except even if Trump had been joking–and he obviously wasn’t–how is that a decent excuse? How is it fun to “joke” about the deaths of more than 120,000 people in this country alone?

The “I was just kidding” excuse is a terrible one but it is one of Trump’s go-to’s. He recently used it after receiving criticism for touting bleach-injection as a treatment for the virus, saying he was being “sarcastic,” which no one believed but seemed to be effective in getting people to move on. But with his latest comments, Trump won’t even take the easy out his staff is trying to offer him. On Monday, when a reporter asked him if he was kidding about slowing testing, he responded by saying, “I don’t kid.”

“I don’t kid,” Trump says about saying at the Tulsa rally he asked staff to slow down covid testing. His staff spent the last two days insisting he was joking.

Trump also refused to answer a direct question of whether he ordered the slowing of testing but repeated the idea that too much testing is bad because it inevitably increases the number of known cases. There is no hint of humor in his voice.

To all of you @realDonaldTrump enablers at @WhiteHouse and @GOP who said Trump was “joking” about slowing down testing, he made you look like liars and fools again. He’s not joking. He’s pathetic, stupid and dangerous.#MondayMorning Thoughts https://t.co/VKF6sRYYgD

This also isn’t even close to the first time Trump has said this exact thing. He’s called testing “overrated” and repeated complained about the correlation between tests and results. He’s done so on Twitter, in White House meetings, and everywhere in between. In fact, he tweeted about it this morning.

He wasn’t kidding about slowing down testing. He has said it three times now, I think we can assume this is what he means. https://t.co/tfHRrx3rWs

The argument that he was just kidding is so blatantly false (not to mention callous) that even Trump himself refuses to use it when thrown to him as a lifeline. In reality, he doesn’t have an excuse for his comments other than that on a fundamental level, he doesn’t understand and doesn’t care about the difference between good optics and saving actual lives.