Literally Everything About Trump’s Comeback Rally Is Bad 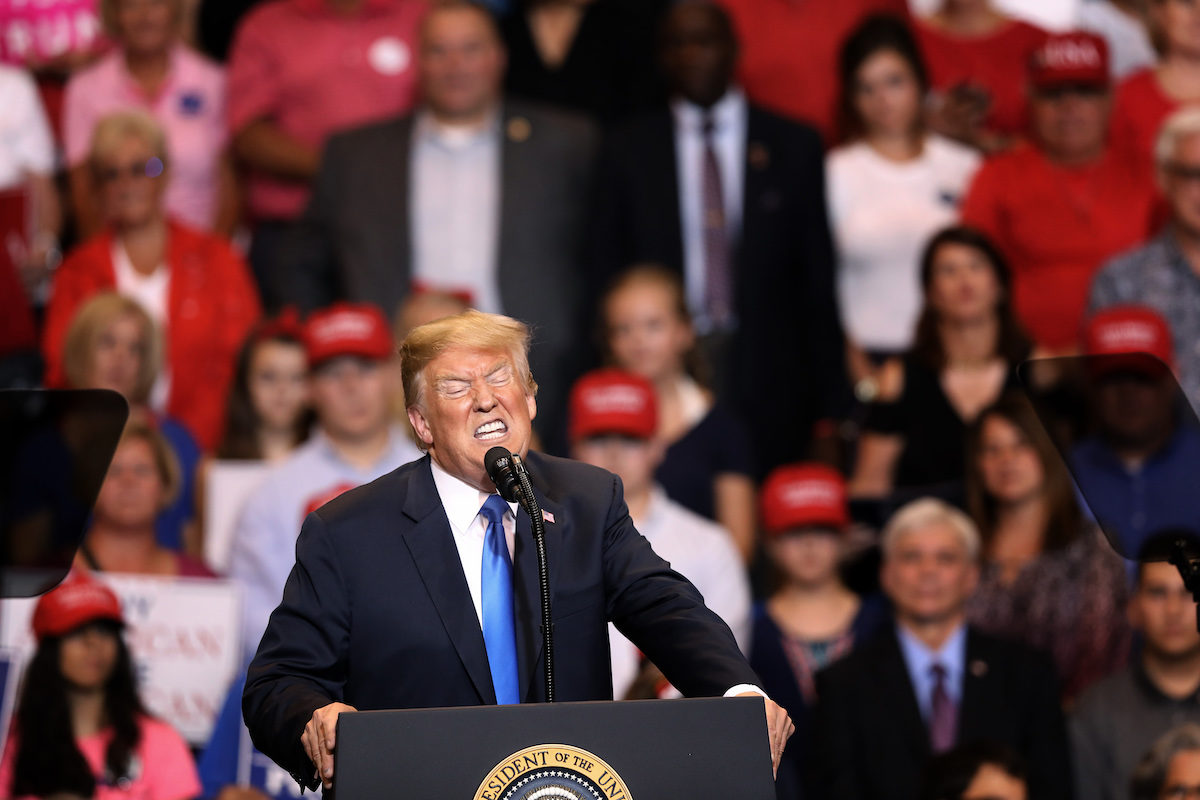 Donald Trump really misses getting to stand in front of an adoring crowd and say cruel, idiotic, racist crap and be met with cheers instead of questions from journalists. Which is why he’s starting his signature rallies again as soon as possible. And everything, literally, everything about the where, when, and how of his first comeback rally is absolutely terrible.

Donald Trump’s triumphant return to the podium will take place next week in Tulsa, Oklahoma. Yes, in the midst of racial unrest, he will be stepping on stage in the city that 99 years ago saw one of the most heinous and terrible acts of racial violence in US history, the Tulsa Massacre.

Now, I will admit that I was never educated about the Tulsa Massacre in school. Like a lot of people, I only recently heard of it thanks to HBO’s Watchmen, which begins on the day of the massacre. That is a shameful commentary on how we teach and talk about America’s racist history. But in case you didn’t see Watchmen (which you should remedy immediately), and you, like most of us, weren’t educated about the history of Tulsa, here are the facts.

In 1921, the Greenwood district on Tulsa was among the most prosperous and affluent Black neighborhoods in the country. So much so that it was called “Black Wall Street.” But on June 1st, after an incident involving a Black man and a white woman in an elevator that saw the man, Dick Rowland, accused of assault by a store clerk, Rowland was taken into custody. Violence exploded when angry armed crowds gathered in response and twelve people were killed. The white citizens and authorities of Tulsa then attacked and looted Black Wall Street, killing Black Tulsans and burning buildings. Planes flew overhead, dropping firebombs on the area. Thousands were injured, lost their homes and businesses, and as many as 300 people were killed.

At a time when protests of racism, white supremacy, and police violence against Black people are going on all over the country, the idea of Donald Trump, the most racist and divisive president in modern history having his first rally in Tulsa, of all places, is horrifying.

But more than that, he’s having it on June 19th, better known as Juneteenth, a holiday that marks the end of slavery and is celebrated in Black communities. It’s another piece of history that white Americans in general are not taught. It commemorates not the signing of the emancipation proclamation in 1863, but the declaration on June 19th of 1865 in Texas that all slaves were free.

The combination of a rally by the man who is the orange face of white supremacy in Tulsa on Juneteenth is so deeply offensive, and it’s too neat of a combination to not be entirely intentional. Trump himself might not know a single thing about the massacre of Black Wall Street or Juneteenth, but his racist, awful advisors surely do. This is an intentional insult to every single Black person in America protesting and working for justice.

And amazingly, it’s also an insult to Trump’s own supporters too, because let us not forget that there is a massive, deadly pandemic still going on! And large gatherings like, oh, I don’t know, political rallies indoors are potential superspreaders for COVID-19! But in case that happens Trump is forcing participants to waive their right to sue him if they get sick!

Yes indeed, if you attend racism-stock, “you and any guests voluntarily assume all risks related to exposure to COVID-19 and agree not to hold Donald J. Trump for President, Inc.; BOK Center; ASM Global; or any of their affiliates, directors, officers, employees, agents, contractors, or volunteers liable for any illness or injury.”

What kind of horrible lies and racist statements will Donald Trump make at this rally that will make this already terrible, hateful, and dangerous event even worse?