Truman Capote’s Not Dead After All, So Says Google News 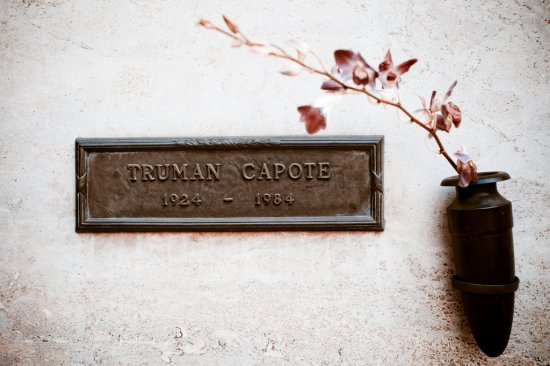 Good news, everyone! It turns out Truman Capote isn’t dead after all! It seems the Breakfast at Tiffany’s author is alive and well, and writing articles about abortion for The New York Times, or at least that’s what Google would have you believe. Google News credited the 2010 article “The New Abortion Providers” to Truman Capote, who has actually been dead since 1984. It says so right on the plaque. So what’s the deal, Google? Why you trying to get my hopes up about zombie Capote coming back to life?

It’s always exciting when you hear about a previously unpublished work by one of your favorite authors. I was thrilled last summer when The New Yorker published a new story by F. Scott Fitzgerald, so when Google News credited a story published in 2010 to Capote I thought it might be a similar situation. It turns out though that it was just an error caused by Google trying to force Google+ integration into Google News searches.

What happened was this: When Google News picks up an article from a site like The New York Times, they check if the author of the article has linked their Google+ account to their work. Not all writers have Google+ pages, and even fewer of us actually use them. So because the real author, Emily Bazelon, never linked her work to her account, Google mistakenly credited it to the wrong author. In this case, they assumed it was Truman Capote.

Why Capote? Because at the time Bazelon was the Truman Capote fellow at Yale Law School. It said so in her bio at the end of the article. So, when whichever Google bot was scanning the article saw the name “Truman Capote” in the author’s bio, it assumed he was the author, and linked the article to his Google+ account.

Yup. Truman Capote had a Google+ account. We don’t know who made it, but it’s since been deactivated. Joke accounts like that may fly on Twitter, but Papa Google don’t take no mess. According to Bazelon’s Wikipedia page, she is currently a contributor Slate and still very much alive.