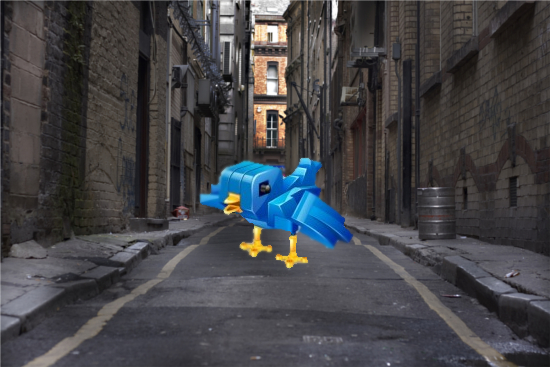 Back Alley Internet is a recurring column in which we explore some of the weirder corners of the Internet and see what we can drudge up for your amusement and education. This week: Eric studies the legions of Twitter bots that trawl the trending topics and spit out some unintentionally hilarious tweets.

If you’re on Twitter, it’s inevitable that you have some contact with bots. I hate to burst your bubble, but that friendly stranger tipping you off to a free iPad sweepstakes? Bot. That new lady following you who has quite the saucy bio? Bot. Bot spam is a pretty big problem Twitter is trying to crack down on. It’s not all just vanilla link mentions and auto-adding though; there’s a whole breed of Twitter bot that cruises the trending topics trying to con meatbags into clicking spam links by pairing them with a trending topic and one of many stock phrases. The results can be absolutely hilarious.

If you’ve ever muddled around in the trending topics on Twitter, you already know that it’s a little back alley Internet all on its own. When you click a trending topic, you’ll be treated to a selection of “top” tweets by default. All you crazies out there — crazies like me — can opt to view “all” tweets instead, and this is where the really good stuff is. Well, “good,” depending on what interests you, I suppose.

Aside the legions of small-time Twitter users that are filtered out by the top tweets option, there are also all kinds of bots with no follows and which follow no one, that are just filling the feed up with trash. Let’s call these “topic phishers.” There are several things that can tip you off to a topic phisher. First, their handles are always a first name and a last name followed by a single digit, sometimes the last name having been cut short. @KarinaMathis1, for example, or @HeidiMarsh4. This leads us into the second sign; they are invariably female, often with an avatar of a scantily clad or attractive lady, but not always. We’ll get into that in a minute. They also tweet in bursts and, most importantly, their tweets follow a certain pattern: [trending topic] [phrase] [link]. Though those last two can be reversed.

Okay. So what? Well, they can be hilarious. The phrases they use include such gems as “watch them choke hard!” and “the best of her time!” with variable punctuation. I find this funny enough on its own, but the magic happens when you start pairing them with the trending topics. Suffice it to say, the pairing algorithm is not sophisticated enough to figure out if the topic is a phrase or a person, or if a person is male or female. As a result, you get some absurd funny-tweet templates including classics like “referring to Samuel L Jackson as a female” and “mentioning Memorial day like it’s a person.” But if utter word salad is more your style — it’s totally mine — these topic phishers have you covered there too.

I mentioned before that topic phishers tend to have avatars depicting sexy women. This is not always the case. Some of them keep the default egg avatar and this is a clue that you might have found a real winner. For some inexplicable reason, these topic phishers — a sub-species, if you will — seem way more likely to dish out completely nonsensical phrases with the requisite trending topic and link. These bots, maybe part of a cheaper “buy Twitter spam” package, have a habit of doing things like using “specific” and “particular” as nouns and using the phrase “my spouse and I” to really bizarre ends.

If you want to hunt down a few of your own specimens to study, they can be found quite easily in any given trending topic, especially if you do a ctrl+f search for bit.ly links. When you see a tweet you like, make sure you grab a screenshot quickly though. These accounts have a lifespan of about 10 minutes before they’re suspended. If you’d rather not sift through all the chaff, I’ve assembled some gems for your enjoyment. Check them out. You won’t regret it.