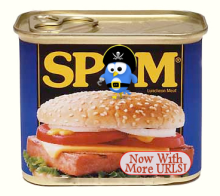 In Twitter’s recently announced spammer lawsuit, the micro-blogging service said (in a lot more than 140 characters) that they hoped to cut off spam at the source by going after its creators. In its suit, Twitter claims to have spent an awful lot of money trying to hold the deluge back; about $700,000 to fight spam from only the five sources mentioned in the suit.

According to Twitter, the individuals names in the suit either created programs or operate numerous fake accounts that are used to inundate users with bogus messages. On the side of the software creators, or “Spamware Defendants,” Twitter names the creators of TweetAttacks, TweetAdder and TweetBuddy. The operator of spam accounts, which Twitter calls “Spammer Defendants,” the company names James Lucero and Garland E. Harris.

Marketing Land quotes the sums Twitter claims it has spent fighting spam from the individuals named:

Taken together, Twitter has spent around $700,000 attempting to keep spam from just these sources under control. Not surprisingly, Twitter has spent the most money fighting the effects of the Twitter software. However, it’s a testament to the size of the spam operations run by the two spammer defendants named in the suit that Twitter claims to have spent such incredible sums on them.

Twitter is suing for an injunction against these top-tier spammers in addition to undisclosed damages, including the amounts listed above. Though not court date has been set, the suit is a strong message from Twitter that it is perfectly willing to take the online battle against spam into the real world. After spending nearly a million dollars on anti-spam efforts, court fees must sound downright attractive.