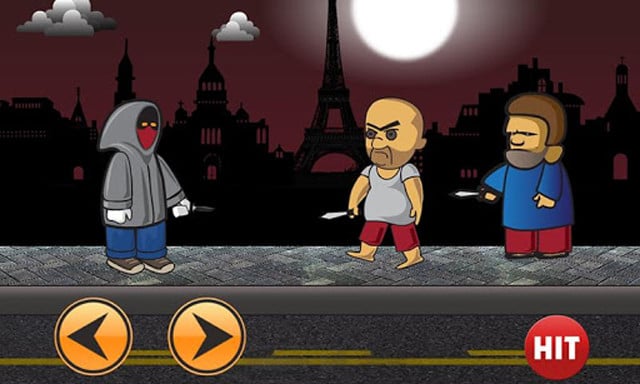 If you’re one of the many people who surf the iOS app store or the Android’s Google Play store on a daily basis, you may have noticed the listing of a game called Angry Trayvon by Trade Digital, Inc. Considering there’s only one person in the world with that name that people know, and the case of his murder just happens to be all over the news right now, there’s no way the developers just made the idea up. The character’s even wearing a hoodie. When both Apple and Google naturally pulled the game from their respective stores, Trade Digital responded by saying the game was “just an action game” and “by no means a racist game.” Okay, sure.

The game itself is a crudely drawn sidescroller — one that wouldn’t look out of place on an early 2000’s Newgrounds — starring a hooded young man named Trayvon going on a murderous rampage across Brooklyn. After many reports, Apple and Google finally made the call to remove it from their respective stores. The developers at Trade Digital responded to the banning on the Angry Trayvon Facebook page — which has since been deleted as well — with a post that read in part, “Sorry for the inconvenience as this was just an action game for entertainment. This was by no means a racist game.”

I mean, that’s probably not up to Trade Digital to decide? Plus, if you’re obviously trying to profit off the death of a young man, especially if that death is perhaps racially motivated, there’s a good chance your game is, in fact, racist.

Granted, if they had waited until the topic was not as sensitive and tried to use the interactive medium to examine it in a deeper way (a la Super Columbine Massacre RPG) instead of a mindless murder simulator released to capitalize on a tragic incident, then a game about Trayvon Martin could actually have had some merit. As it stands, it is most certainly does not.