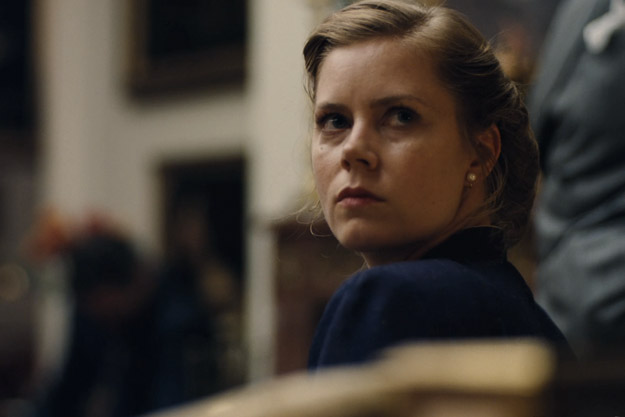 When Amy Adams was dropped from The Today Show for refusing to discuss the recent Sony leaks and how they very specifically relate to her American Hustle salary (more specifically, because it was leaked), the producers of the show justified their position by telling the media that they do not allow guests to restrict interviews. But apparently, Adams didn’t even really “refuse” in the first place. She was fully prepared to answer questions—though probably not in the way those producers wanted.

In an interview with USA Today, Adams recounted her experience speaking with The Today Show‘s producers, saying that she was ready to go on with the interview no matter what questions they threw at her.

“I expressed that I was uncomfortable. I said I would rather not add my voice to this conversation. But it was clear they were drawing a hard line. That this would be part of the conversation.

I walked away from the conversation and went up to the room to do the interview. I assumed they were going to ask me about [the Sony hacks]. And I was prepared for that, to whatever degree I was prepared.

In all likelihood, she probably have pulled out an Anne Hathaway talking about her own creepshots level of Matt Lauer-shaming if they let her go on air, and it would have been amazing. But The Today Show can’t have that, of course, so they cancelled on her entirely.

“I was informed that they had decided to pull the interview, she told USA Today. “I was confused and definitely frustrated. I still don’t understand.”

Adams also told USA Today that she doesn’t “have trouble standing up for [her]self,” because she is a consummate professional who speaks her mind when she’s uncomfortable but doesn’t let that discomfort interfere with the task at hand—and that’s probably why unnamed sources told The New York Daily News that she was “aggressive,” when speaking to producers, of course. Ugh.

As we also noted when the news first broke, it’s likely that The Today Show‘s producers wanted Adams to be asked about her and Jennifer Lawrence’s lowered pay scale in relation to their male counterparts in American Hustle. Given that Adams is an female actor whose every little negative action would be scrutinized by an unforgiving industry (“aggressive,” remember?) and that she will probably have to work with Sony Pictures at some point in the future, it’s understandable that she would keep silent on the issue.

Which she still did with USA Today, by the way. “I am not going to add my voice to that conversation. Even in this room,” she said. “You can add that to your story. And that’s fair.”