Anne Hathaway on the Today Show | The Mary Sue

Anne Hathaway Answers and Deflects Awkward, Creepy Questions About Her “Wardrobe Malfunction” Like a Boss 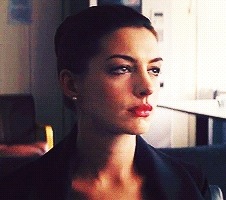 It was obviously an unfortunate incident. It kind of made me sad on two accounts. One was that I was very sad that we live in an age when someone takes a picture of another person in a vulnerable moment and rather than delete it, and do the decent thing, sells it. And I’m sorry that we live in a culture that commodifies sexuality of unwilling participants, which takes us back to ‘Les Mis,’ because that’s what my character is. — Anne Hathaway, on the Today Show.

Matt Lauer greeted Anne Hathaway this morning by saying “Nice to see you. Seen a lot of you lately,” which is a pretty freakin’ awful way to refer to the fact that a photographer upskirted her during a Les Miserables premiere and now there is a picture of her private parts everywhere. Hathaway’s body language clearly communicates that this is an issue she’d rather not talk about, but, like a true master of interview judo, she slams the audience with the bigger picture and then dovetails straight into talking about her work. You know, where she strives to get audiences to respond to her characters as if they were real human beings with emotions and dreams, and not just objects for our consumption. I know what .gif this calls for!