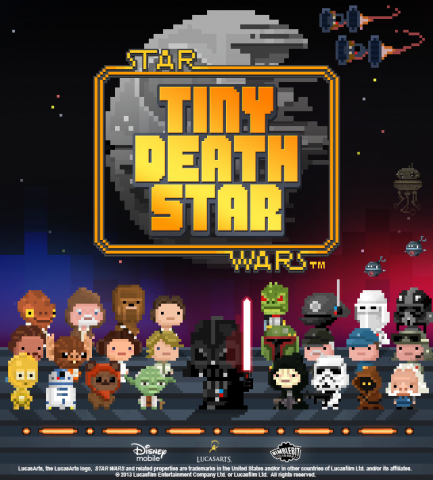 After a mobile game becomes ridiculously popular, the next step is to produce a Star Wars version. That’s what Angry Birds did, after all — and that’s what Tiny Tower is doing now.

The official press release from Disney Interactive describes the new game Tiny Death Star, like this:

As much as the idea of Star Wars Angry Birds infuriates some of us beyond all compare, Tiny Death Star sounds like it’s got a lot of potential. For one thing, little 8-bit Star Wars characters are way cuter than those stupid triangle shaped birds. Secondly, there’s a lot more room for great in-references with each floor you manage. Hey, maybe one of them will be a cantina! We would like that a whole bunch.