The Jedi doth return too much, methinks. 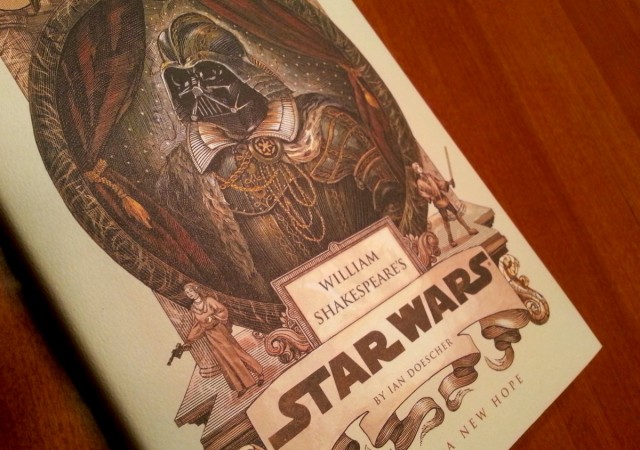 William Shakespeare’s Star Wars takes the classic, epic tale of Star Wars Episode IV: A New Hope and imagines it as a Shakespeare play, and we’re happy to announce there will be two more books! Empire and Jedi are about to get the Shakespeare treatment from Quirk Books and Ian Doescher. Twice more unto the breach, dear geeks!

Both new plays will be written by Ian Doescher, the Portland-based writer who penned the first installment, Verily a New Hope. (Lest you think it was actually Shakespeare.) Quirk Books just launched sites for each of the new books. Check out The Empire Striketh Back and The Jedi Doth Return.

We loved the first William Shakespeare’s Star Wars book. We’re incredibly excited for the next two. We’re fans of Doescher’s and love Quirk Books, but a warning:

Beware the ides of prequels.

Watch the trailer for the first book if you want to see how great of an idea this really is: