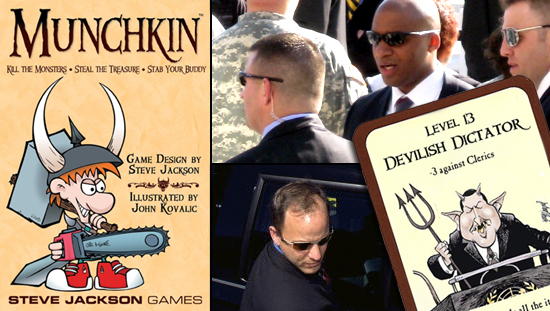 You probably figured our Today In Geek History series would cover only science events. You figured wrong! The gaming world has a colorful history, too. For example, on this day in 1990, armed Secret Service agents raided the Austin, Texas offices of Steve Jackson Games, the game company that published GURPS (Generic Universal RolePlaying System) but is perhaps best known in the community for the card game Munchkin. So why the raid? They were looking for a hacker. Sound familiar?

No, not Neo. They were after The Mentor, aka Loyd Blankenship — a writer affiliated with the hacker group Legion of Doom — on suspicion of data piracy. While we like to imagine that the Secret Service stormed into the office like Agent Smith and his evil AI cohorts, in fact the whole affair was a bit more peaceable, if illegal. But it did spark a court battle about Internet privacy and eventually led to the formation of the Electronic Frontier Foundation (EFF).

Blankenship, coincidentally, had been working on GURPS Cyberpunk at the time — and this was certainly something the Secret Service confiscated. But the truth is, he ran a legal BBS (bulletin board system) from his home and therein had exercised free speech in the form of political irreverence, pro-hacking, and sharing of the undeground hacker ezine known as Phrack. The Secret Service only raided Steve Jackson Games because Blankenship had been working there at the time and it turned out they were wrong for doing so. D’oh!

But the raid, in which computers and manuscripts were confiscated and held for a while, had been a serious disruption of business for Steve Jackson Games. More than three years later, a settlement was finally reached. SJ Games was awarded money for damages and the raid was declared illegal and totally unjustified. They even posted the full story on their website.

It’s a storybook ending, really. EFF was formed specifically to combat invasion-of-privacy outrages like this one, GURPS Cyberpunk went on to produce some award-winning game books, and two years ago, Zombie Dice came out so you can roll the bones and eat some brains. It’s good clean fun. 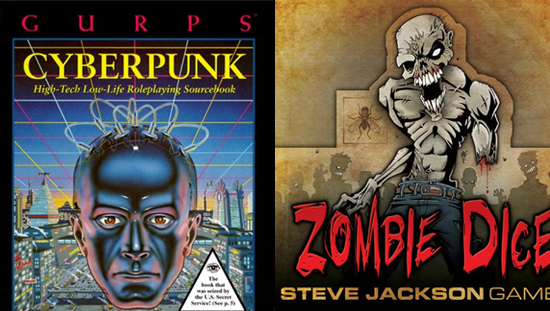