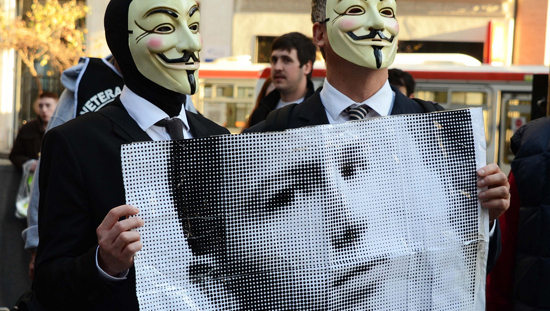 If a torrent of treasonous charges were levied against you, and a lot of them were undeniable, would you give in? Today, Private First Class Bradley Manning — of the WikiLeaks controversy — pleaded “guilty” to at least 10 of the charges held against him, setting him up for 20 or more years in jail.

While most sources cite 10, CNN and a few others have reported that Manning’s pleaded guilty to 11 — exactly half — of the charges against him.

To recap, Pfc. Manning — a 22-year-old intelligence analyst — was arrested in May of 2010 on the suspicion of passing very classified materials to WikiLeaks, a website specifically set up to disseminate leaked information, whether of a news, media, or top-secret governmental nature. In Manning’s case, it was a veritable deluge of classified, and subsequently controversial, materials. Cover ups, war crimes, footage of friendly fire, mostly relating to military operations in Iraq and Afghanistan — including the infamous “Collateral Murder” video.

Manning’s trial has had a polarizing storm of controversy. Some regard him a hero exposing the ugly truth, and others a foolish young man who embarrassed and compromised national security. In total, 22 charges have been made, and Manning has pleaded “not guilty” to 11 or 12 of them. These are the big ones: Espionage, aiding the enemy, treason. All of which, if he is convicted at his court-martial in June, will result in a sentence of life in prison at Ft. Leavenworth.

What is Manning, now 25, conceding by pleading “guilty” to 10 minor charges? That he did indeed illegally acquire and transfer U.S. government secrets. He’s already served 1,007 days in prison, and now it looks like he’s facing at least 20 years more.

Interestingly, Manning evidently intended to go to the press first with the classified materials back in 2010, before ultimately turning to WikiLeaks for publication. New York Times reporter Charlie Savage tweeted this today:

Says he talked in vague terms to a WP reporter, left a msg on NYT voicemail that wasn’t returned, decided to send war reports to WL instead