International Tabletop Day Exists Because Felicia Day Says So, But Why Not? 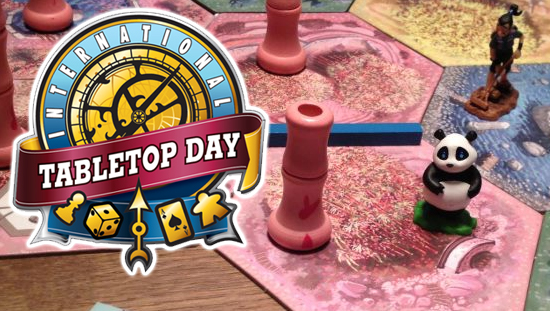 We don’t have enough gaming holidays. Wait…as of today, we sort of do, because some influential media gamers have just up and declared one. Specifically, Geek & Sundry, the YouTube channel (and a consortium of  geeky celebrities) have pronounced March 30th as the International Tabletop Day. And so now it is!

Simply put, Tabletop Day asks everyone to go out and play games on March 30th (and, we assume, all subsequent March 30ths) — preferably at a local gaming store or by hosting an event in their homes, but hey, wherever you want to play is great as long as you’re playing. We don’t recommend trying it on a boat, though, as those waves could make for a frustrating game of Settlers of Catan. Geek & Sundry’s Felicia Day (Buffy, Dr. Horrible’s Sing-Along Blog, The Guild) announced the new holiday on YouTube, while TableTopDay.com itself offers tools to find participating locations. All they want is for you to share what you’re playing on social media for the whole world to see — whether it’s through a Facebook post, photograph, video, or tweet (#tabletopday), pick a game, get some friends, and let your geek flag fly.

This is also a clever marketing tool for Geek & Sundry, as it marks the one-year anniversary of the launch of their webseries Tabletop. If you’ve never seen it, in each episode Wil Wheaton (Star Trek: The Next Generation, Big Bang Theory) tells you about a board game, then you watch him and his TV/web personality friends play it. Which is…humorous and fun, but not half as fun as playing said game yourself. But there’s no doubt it’s brought a lot of exposure to board games as a thing, though, and we’re all for that.

And they really are a thing. It’s not just Monopoly, Sorry!, and Connect Four out there, you know. There’s like a gajillion board games and a lot of them are pretty cool — so why not stop by your local gaming retailer and pick up something new to try at the end of the month? 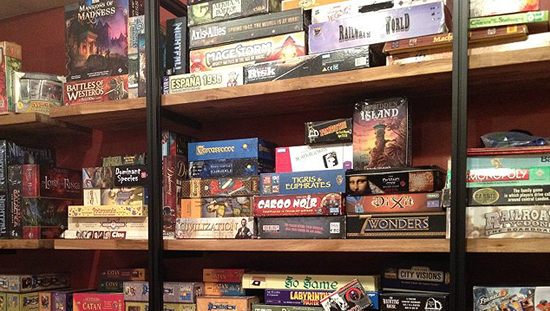 As seen at the Brooklyn Strategist.

But really, you should still play some games before and after that day. Totally worth it.