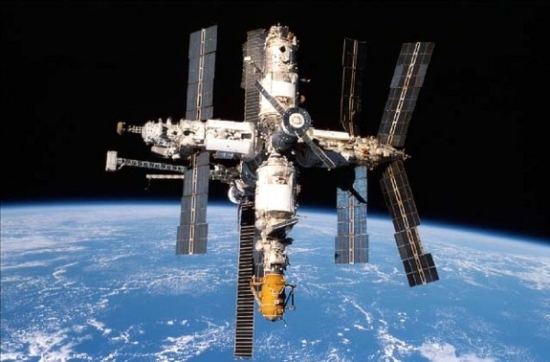 The International Space Station is pretty tops, hosting all sorts of events like Google Hangouts and jam sessions that make you feel like you’re really there. But for as cool as it is, it’s a Johnny-come-lately on the space station scene, and geeks of a certain age — yours truly included — can be forgiven for having a special place in our heart for the space station we grew up with. On February 20th, 1986, Russia’s Mir space station was launched into orbit, where it remained an orbital center for science and research until it plummeted back to Earth in 2001.

Of course, today only marks the launch of the core module that made up Mir, which housed the infamously cramped crew quarters. The rest of the modular space station’s assembly was done in space, with new additions to the modular, modifiable station being made as needed. From that first core eventually sprang nine separate modules, including a docking compartment for the space shuttle in 1995 that let Russian cosmonauts and American astronauts work in tandem on Mir — no small feat at the time, considering the Soviet Union had fallen just a few years prior.

Now, we dig Mir as much as the next person, and probably more than most, but we’re far from scholars on the matter. Luckily, there are plenty of folks smarter than us out there with a lot of love in their hearts and time on their hands. For an unparalleled virtual tour of the station, visit Russian Space Web’s interactive site, where you can explore each of the modules that made up Mir and learn more about it’s history, trials and triumphs.